Translated from the Spanish by Frances Riddle

Theatre of War is Andrea Jeftanovic’s debut novel. And, for a debut novel to be this ambitious in scope and style, as well as so strong in its emotional weight and breadth, is an astonishing achievement.

This short Chilean novel tells the story of a family from the perspective of its youngest daughter, Tamara. Tamara’s parents survived a war and its fallout on a distant continent, and are now making a new life in South America. Her father is hers, while her brother and sister had a different father.

The family is in tatters, and Tamara processes this broken life by presenting it as a pseudo-theatrical performance. Chapters are tiny, usually spanning two or three pages, and frequent allusions are made to stages, actors, and an audience. It’s a compelling way to begin but it also plays into the narrative style which constantly crosses the line between stage directions and an intimate diary.

The theatrical allegory also extends to the setup and pacing of the book. It’s written in three acts and the short chapters feel more like Shakespearean scenes as they leap between locales and forward in time.

We begin in Act I, with Tamara setting the stage for her family drama. A lot of focus is placed on her parents and how they exist as survivors of war. Her father always cleans his plate, and anyone else’s if they leave food uneaten. When Tamara gets her period, there is a sense of guilt and shame involved because, to her family, blood is strongly connected with pain and death.

Act I is fragmented, and the book becomes less so as it goes on, but that fragmentation is like a defence mechanism. If it weren’t so abstract and fractured, it would be too emotionally draining, too frightening, too scarring. When we get to Act II, Tamara is a young adult leaving for university, and the story settles into a more personal journey.

While we do follow Tamara throughout her journey to adulthood, and she does make measures and pains to leave her family behind, she ultimately never can. And that’s what’s so drastically depressing about war and trauma: it lasts for generations.

Her parents survived the war but its fallout followed them. It blanketed their children. It defined Tamara’s entire life. She never gets to escape the war, even though it happened before her lifetime, in a country she doesn’t know.

The raw pain of this realisation is almost too much to bear, and is made even harsher when paired with other hardships that Tamara goes through on her own.

Her personal relationships are hard, and not always because of her; simply because people are hard to love and be loved. Her childhood has not only informed her approach to life, but it also becomes a loop that must ultimately rejoin itself. She will cycle back to her parents in the end.

Read More: Review of The Adventures of China Iron by Gabriela Cabezon Camara

Few novels, especially ones so short, have left me so ragged, exhausted, and frightened by the end. But despite the emotional sacrifices that Theatre of War asks of its readers, it’s all so very worth it. The lessons we learn here about the aftereffects of war, the lives of refugees, and growing up in a poor and shattered family home are vital ones.

What helps to balance the sheer emotional intensity and upset of this novel is the same theatrical nature of Jeftanovic’s prose. The staging effects are so powerful that it’s hard not to imagine the entire novel playing out on a stage in front of an audience. And this does have a subtly psychological effect of distancing us from the darkness we’re asked to experience.

Then there’s Frances Riddle’s translation. While it’s arguably tough to discuss a translation if you haven’t read the original, it’s also not tough at all because I’ve read bad translations and I know what they look like. This is a translation that reeks of blood, sweat, and tears.

So much love and empathy was poured into this translation, so that we in the English world could experience Jeftanovic’s writing as purely and perfectly as possible.

Theatre of War, the first Chilean novel to be published in translation from Charco Press, is setting a high bar going forward. This is my favourite book to be published by Charco Press this year and a wonderful way to ring out 2020 for this outstanding indie press.

This is a scrawny novel that blends intimate journaling with playful theatrical presentation to deliver an emotionally exhausting journey. It laments the lives of its characters in the aftermath of war.

It shows us that wars last far longer than battles in the hearts, minds, the very DNA of those who have to suffer them. Theatre of War is an absolute triumph or literature. 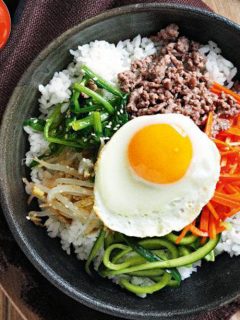 Previous
10 Best Restaurants for Korean Comfort Food in London
Next
12 Idyllic Places to Stay in York, UK (Airbnb & Hotels)
Click here to cancel reply.
As an Amazon Associate, we earn from qualifying purchases at no extra cost to you. This post may contain affiliate links that earn us a commission.