I want to start this review of Sweet Home by mentioning video games, if you’ll indulge me. The games industry has this awkward discourse floating around it right now regarding politics. Fans are telling publishers to keep politics out of their games, and developers are putting out games that take a very clear political stance but insisting in their marketing that the games are ‘not political.’ The point is, people and businesses are afraid to commit to anything ‘political’ in their area right now. This got me thinking: isn’t everything political? Can you write a piece of fiction that’s truly apolitical? We’re getting to a point where the inclusion of a strong female character in a video game or an openly gay couple in a film is a political movement, and the implication is that this is bad. 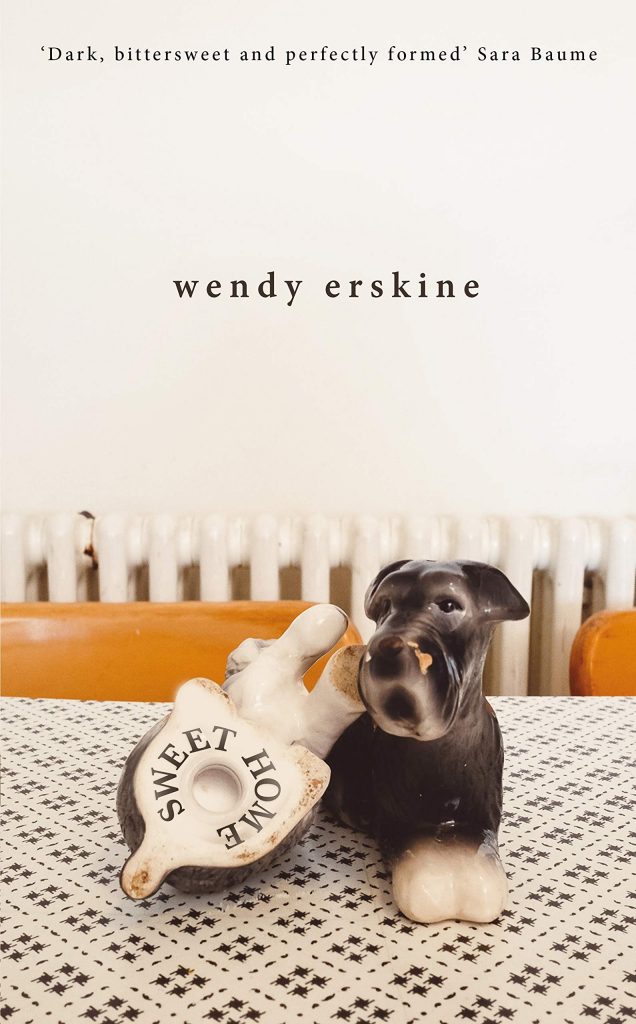 And so, we come to Sweet Home, a working-class book about the subtly complex machinations of ordinary, difficult life in Northern Ireland. These stories, at the surface level, are very much concerned with the subtle excitement within the ordinary lives of ordinary people. And yet everything that is ordinary in their lives has its place in the discourse of class, economics, religion, and politics.

Sweet Home is a collection of ten short stories across roughly 200 pages. Each of these stories is written with a somewhat assuredly flippant disregard for the established tropes of short story writing. We are thrown into the deep end of these characters’ lives. This is where the realism and deep dimension comes in: our days do not have a definitive beginning and end. They bleed through from the events of yesterday and they go on unfinished until tomorrow comes. And these stories have to start somewhere along the course of a person’s life; wherever that is, it won’t be the beginning. This gives a tangible weight to the sense that these people exist; that we follow them for a little while and then part ways without a resolution. But what we do see is often thrilling and powerful on a small and intimate scale.

“There is something to be said … for being ordinary and having no great talent at anything … it would have been better for that fella to have gone into a job just like his father … got married, had a couple of kids than go like a firework and then nothing … And for what? What’s he got to show, some tunes nobody listens to?”

Erskine demonstrates, through the people of Sweet Home, the soul in each of us. This is something that separates many of her characters from those many that exist in fiction as a means to an end, a vessel for the plot. In fact, I’m loath to call them characters at all. The fictional people that she has created in Sweet Home, after all, have very much been birthed fully-formed. They exist, they live, they feel.

Take my favourite story, for example: Locksmiths. This is a tale concerning three generations of women, told by the granddaughter. After her mother is sent to prison for killing a local man who came into some money and at last grew tired of her taking hand-outs, the girl is raised by her kindly grandmother whose life is defined by sitting close to the TV and smoking. Despite her youth being carved out by a closeness to an aged woman without much in the way of positive influence, as well as occasional trips to see her own mother in prison, the granddaughter grows up sweet and good. She doesn’t drink, eat meat, or own a TV; she’s bookish, introverted, and sensible. Eventually, her grandmother passes, and her mother is released. The granddaughter does her best to ease her mother back into ordinary life, but her mother is embittered by the fact that the grandmother left the house to her granddaughter rather than her own imprisoned child. There is so much to admire in the granddaughter: a young woman who chooses to observe and learn from the mistakes she sees in her family, rather than internalise and repeat them. Her grandmother nurtures but doesn’t guide her, and her mother’s influence is minimal. It shows the wisdom of children to carve their own life, given enough fortitude. This protagonist is not thriving as we think of it, but she certainly is thriving, given the hand she’s been dealt. There’s far more admiration to be felt for a woman like that than one who made it to fame and fortune in a story we’ve all been told before.

“My gran would visit her daughter every month. It took the best part of a day to get there and back, an elaborate journey involving a bus, a train and a bus … On the days when my gran went off, I was left two sandwiches and two glasses of milk on the Chinese tray and told not to answer the door under any circumstances whatsoever.”

Speaking of fame and fortune, another later story, 77 Pop Facts You Didn’t Know About Gil Courtney, is an example of Erskine’s willingness to play with the well-weathered behaviour of the short story. This tale is written as a mock Buzzfeed article, telling a loose-weave story through sporadic facts and information about a fictional one-time Northern Irish rock star. Its key success is in humanising the man, Gil Courtney. There are moments of silliness blended with real tragedy. The one-two punch of this story is, first, grounding those who are famous as people who drift through as much tragedy and failure as the rest of us and, second, a cynical but honest parodying of these trashy articles that reduce people into easy-to-summarise-and-compartmentalise facts and numbers.

The character I felt the greatest connection with in my reading of Sweet Home was Paula, a woman reduced to invisibility by her own position in life, by her job and the people around her. She learns that someone she knew at university is now a political author, the kind who appears on TV sometimes, like Rutger Bregman. He’s written a book, the title of the story itself: Arab States: Mind and Narrative. Paula becomes obsessed with his mind, his position of worth and influence, his ability to exist and be noticed. She decides to start read books on politics and economics in an attempt to redefine herself, to be smarter, to be less transparent and more opaque. This is something many of us can understand: the desire to read more, learn more, gain a skill, as a way of feeling more like a worthy individual. She and this author were both, at one point, on a parallel track. His went one way; hers went another. Now, she wishes to alter that, and become more than what she has ended up being. It’s a borderline surrealist tale that tackles themes of chaos and destiny, class and economics through simple characters behaving in a simply human way.

What truly makes Sweet Home such a glowing success is Erskine’s way of seeing the big themes and the grander nature in insignificant moments. Her characters do not live in a single day but are instead timelines with pasts that are hinted at and futures that we can see emerging through the haze. Their insignificant moments are part of something bigger: life. The lives of normal people soaked in ennui. The key thing here is that Erskine understands what normal really means in modern Belfast – and, indeed, across much of the British Isles. It means struggle, unpredictability, a lack of firm ground and a clear future. It means anxiety and fear of the unknown; scars of the past that affect the present. We live at a time of unrest and impassioned hatred, and here are capsuled examples of the real people who live through that, all the while balancing the stresses and responsibilities of the inescapable everyday.

If you enjoy the sound of this book, you may also like Convenience Store Woman by Sayaka Murata.