Review: My Past is a Foreign Country by Zeba Talkhani

My Past is a Foreign Country, while being at once an affecting and intimate story of growth, change, and self-discovery, also does with utmost success what any good memoir should: it educates. Through this book, Zeba Talkhani reveals herself to be an impassioned and clear teacher of the multidimensionality of Islam across multiple nations and cultures. What begins as a very claustrophobic kind of memoir about family quickly blossoms into a multi-layered journey of personal, national, and religious discovery across multiple countries and dramatic life changes. It’s a feminist manifesto on non-conformity. It inspires us to have faith in our own individual interpretations of life, what meaning and purpose we draw from it, and how we choose to live it. It demonstrates how gaining a personal insight into, and interpretation of, one’s faith can lead to self-assuredness, in whatever form that might take.

My Past is a Foreign Country is, without a doubt, the book I have highlighted most in my life (outside of school, that is). This review could easily have been a list of eye-opening quotes underpinned by my own notes and comments. We often talk hyperbolically about the books that changed our lives, but that phrase can be used genuinely if what we mean is that our perspectives, feelings, and opinions were ultimately shifted and broadened by a single book. That experience is, after all, life-changing, isn’t it? Speaking only for myself, I grew up in a lower-middle-class white British household, entered a lifelong partnership with an ex-Muslim, lived for a time in Abu Dhabi, and have spent my twenties getting as educated as possible about Islamic culture. And yet, My Past is a Foreign Country did more to educate me in five hours than my own life experiences have thus far. My point is, the potential that this book has to offer a greater understanding of, and appreciation for, the nature of autonomy, political and religious differences, and the fact that tethering oneself to a religion is more a personal than a national act – it cannot be understated. Of course, with every memoir, your mileage may vary. But I can say for certain that I owe Zeba Talkhani a debt of gratitude for this book.

The memoir tracks the author’s life as an Indian-born Muslim girl growing up in Jeddah, Saudi Arabia, through to her becoming a more global citizen as she moves to India for university, and then on to Germany and beyond. It’s very much a memoir in two halves: that of an individual woman, and that of a culture (albeit still from a personal perspective). Much of Talkhani’s narrative is defined by conflict: everything from butting heads with her conservative and traditionalist parents to fundamental philosophical disagreements with her home country of Saudi Arabia over the nation’s interpretation of Islam, the teachings of Muhammad, and the Qur’an. This is the book’s first true lesson: that the Islam almost every non-Muslim has come to “understand” is not any true reflection of Islam, because there is no one singular Islam. There is always interpretation. As Talkhani herself says, “The first word of the first revelation is iqra. It means read. The Qur’an starts with a command to seek knowledge. To me, this means Muslims are an ummah, a community, tied by their pursuit of knowledge. But every time I questioned our culture, the word fitna was thrown at me … it means rebelling against my religion, against Allah.”

“I had seen too many Muslim women believe that submission to man is equal to submission to God. And if that’s not blasphemous, I don’t know what is.”

Through an honest retelling of her life as a woman hungry for knowledge and understanding, Talkhani reinforces the vital importance of both rejecting any conservative values that put your personal freedom at risk, as well as the weight we should place on being critical of how our faith and our philosophy can be distorted and manipulated in the pursuit of power or the desire to subdue and control.

One interesting constant of this memoir’s narrative is Talkhani’s own struggle with hair loss, which begins in her adolescence and continues through her university years. The person most grievously affected by the condition is Talkhani’s mother, who seems to behave like she is the afflicted party. Talkhani, as a teenager, has her focus on education, on books and travel and freedom and asking questions. But her mother behaves as though her hair loss is only a thin step down from death itself. This reaches a sort of climax when Talkhani is about to finish her undergrad and move on to an MA: “I informed my parents about my decision to study further … I knew my parents were keen to get me married but as things currently stood with my hair, they were struggling to find a match for me.” By this point, we the readers have spent enough time travelling and studying with Zeba to have formed an intimate relationship with this newly-independent, self-assured and intelligent feminist woman, only to be jarringly and frustratingly tugged backwards into a world of arranged marriages and putting beauty before brains; planned futures before curiosity, self-discovery, and personal growth.

“Mama spoke highly of my married friends, as though their marital status made them better people.”

This memoir, however, is even more than a treatise on independence and autonomy over restraint and suppression or searching for one’s place in all of this. It is also, as I’ve said, a study aid for helping those of us outside the world of Islam, India, and Saudi Arabia to understand these places and cultures in a more three-dimensional and empathetic way. For me as a reader, My Past is a Foreign Country demonstrates the difference between knowledgeable critique and Islamophobia. Too often these things become muddled, as the increasingly prevalent political right call their racism and Islamophobia fair criticism, citing acts of terror as the basis for their critique. The book, however, would serve as an excellent tool with which to counterbalance toxic attitudes like this one, as it gives fair and educated criticism of Saudi Arabia’s political attempts to use Islam as a means of patriarchal oppression, while also celebrating the ways in which the Qur’an can and does positively guide and shape the lives of Muslims day after day (“There was nothing about gender segregation in the Qur’an or the hadiths (the Prophet’s sayings) but the subject still remains controversial within the Muslim community … On the other side of the discussion are Saudi clerics who have issued a fatwa calling for death warrants against people who do not respect the gender segregation”) . Talkhani speaks of her willingness to fervently combat the actions and rules organised in the name of Allah by the patriarchy of Saudi, but also recounts her own personal, independent academic adventure into the heart of her religion to find the good in it that would guide and comfort her in her own life. Religion, for many believers, is personally good and politically dangerous.

“Growing up, every iteration of the Prophet’s life came tinged with the speaker’s intention to subjugate women. Women’s inequality was the foundation of the patriarchal structure.”

Through My Past is a Foreign Country, Zeba Talkhani is able to offer a true empathetic connection for those of us who have had our autonomy wrangled away, in any way big or small, while in the same breath providing us insight and knowledge without denigration. Her issues, and the battles she faces through the course of this story, are both familial and political. She fights for her own right to choose, to learn, to forge her own path as an individual woman, and this battle is fought against her own family as well as against the greater patriarchy and the odds that are, undeniably, unevenly stacked. Journeying through Talkhani’s past alongside her is an emotionally-wringing narrative as well as a lesson in religion and geopolitics. My Past is a Foreign Country is an intimate memoir with a grand and important scope flooded with empathy and knowledge. I cannot praise it highly enough.

If you enjoyed this review and are interested in more feminist memoirs, you may enjoy Happening by Annie Ernaux. 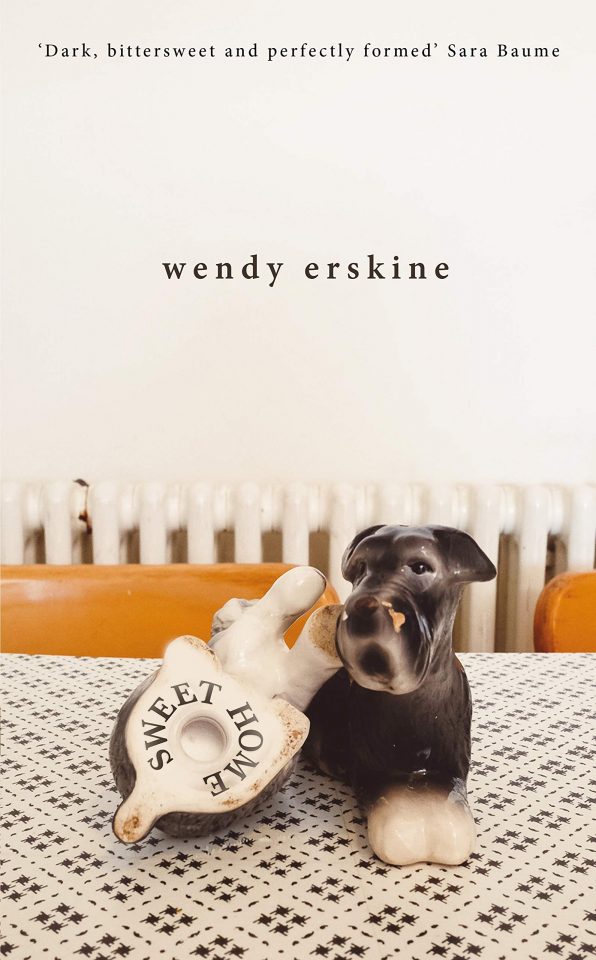 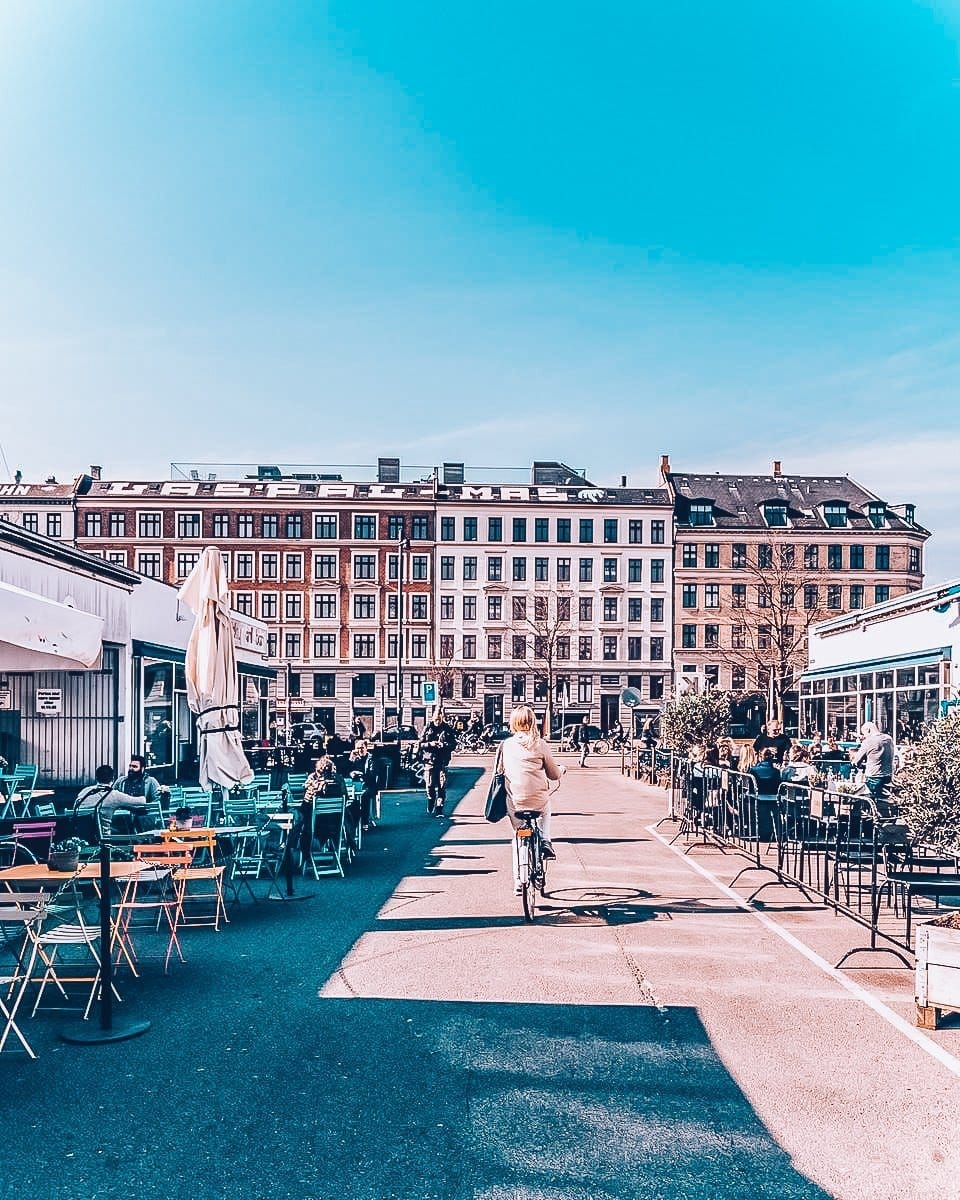 Next
Where to Stay in Copenhagen (+ Must Read Neighbourhood Guide)
Click here to cancel reply.
As an Amazon Associate, we earn from qualifying purchases at no extra cost to you. This post may contain affiliate links that earn us a commission.