In this moving collection of essays on living with schizophrenia, Esmé Weijun Wang looks back at her own life; examines the cultural zeitgeist surrounding mental health, and explores the science and stories surrounding schizophrenia in the 21st century. 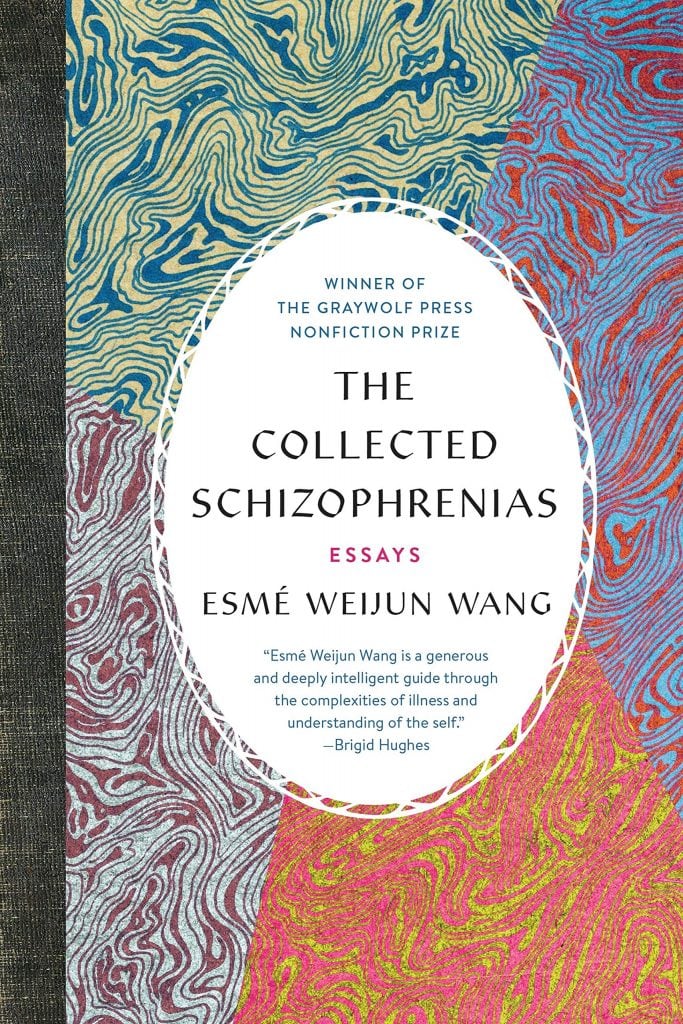 Mental health has become less and less of a stigma in the West over the past several decades. So much of our language is based around shaming mental health, with phrases like ‘Are you mad?’ or ‘This guy’s nuts!’ being thrown around carelessly on a daily basis; but even so we have gotten better as a society, admitting more readily to our own mental health issues. However, that’s not to say that the unfairness, bias, and judgement in school or the workplace, and even on the street are behind us.

In The Collected Schizophrenias, Wang gives examples from her own personal life, and also looks at the news stories, statistics, and research conducted painting a devastatingly vivid picture of what living with schizophrenia is like, not only inside but outside as well.

“The story of schizophrenia is one with a protagonist … who is first a fine and good vessel with fine and good things inside of it, and then becomes misshapen through the ravages of psychosis; the vessel becomes prone to being filled with nasty things. Finally, the wicked thoughts and behaviour … become inseparable from the person.”

The Personal and the Social

The first essay in the collection is a very impersonal examination of schizophrenia from a scientific/statistical standpoint. Here we are very much educated by surprising statistics and eye-opening facts which open up our world view just enough, giving us enough understanding of schizophrenia to then be able to absorb her own personal story (and those she has encountered) with knowledge behind us. The way the collection is structured was clearly and excellently thought-out: first educating us, then encouraging empathy and understanding.

From here, each essay focusses on a different aspect of either her own life or those of others. Wang mixes in news stories about schizophrenia sufferers who have committed – or been the victims of – crimes. She discusses case studies and experiments which she was involved in through her early work. She even compares one sad story of a schizophrenic man who was murdered by his sister and mother to the story of the horror film The Exorcist. It’s a fascinating and engaging narrative (or series of narratives) that Wang has managed to weave.

“It is easy to forget that psychiatric diagnoses are human constructs, and not handed down from some all-knowing God on stone tablets; to ‘have schizophrenia’ is to fit an assemblage of symptoms, which are listed in a purple book made by humans.”

It is only through her mastery of language as a means of expressing her trauma and her experiences that we are able to get such a clear and vivid view of a life with schizophrenia. Her skill with a pen cannot be overstated; she paints an image that is at once true and clear but also demanding of empathy and compassion. She is able to take something that has struck fear into the minds of people for years, thanks almost entirely to the media, and allowed us to understand its form and how it feels.

Wang expertly toes the line in this book between memoir, scientific study, and social examination.

“Craziness scares us because we are creatures who long for structure and sense … We hope for ways to corral and control bad fortune, illness, unhappiness, discomfort, and death – all inevitable outcomes that we pretend are anything but.”

I Am Not My Schizophrenia

The more personal moments in this collection are inarguably the ones that will stay with you. Once you have been taught, in the opening essays, what you need to know about schizophrenia and how it is viewed and treated by the world at large, you are taken on a few small journeys through Wang’s own personal landscapes of fear and upset, many of which were created not by her disorder itself but rather by the unfair treatment of those around her. In one essay she discusses how she hoped that being accepted into Yale would serve as a kind of proof that, despite her mental illness, she was a worthy and good human being. As she herself says, ‘“I went to Yale” is shorthand for I have schizoaffective disorder, but I’m not worthless.’

Yale, however, betrays Wang, as it has betrayed countless sufferers of mental health who have been deemed unfit to work or study or be a productive member of society. Of course, as we know, despite the treatment she was forced to suffer at the hands of one of America’s most prestigious universities, Wang has become a global success of a human being.

Thanks to this collection of enlightening essays, written with a mix of investigative journalism, hard fact, and personal heart, we too can understand that mental health does not stop at the edges of your skull. It bleeds out into society and allows that society to judge and torment us. This book is one more stepping stone towards a society that actually understands and appreciates that people are people and should be treated as such.

This book meant so much to us, and proved so enlightening, that we included it in our list of 7 books that may help with mental health.