For the bulk of his career, fifty-four-year-old manga artist Gengoroh Tagame has focussed his creative energy into producing gay erotica. He has been a driving force for gay men in the world of Japanese art, influencing countless gay writers and artists. This year he has come out with something far more introspective and thematically significant: My Brother’s Husband; the story of Yaichi, single father of his kawaii-as-hell daughter Kana, and the arrival of the bear-like Canadian, Mike, who has come to share grief and comfort over the loss of his husband, and Yaichi’s twin brother, Ryoji. 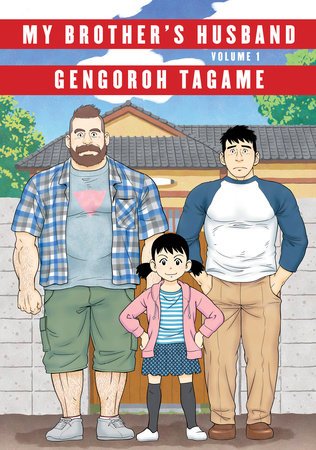 A Tale of Two Brothers

At the beginning of the story, all signs point to a tale of acceptance, with Yaichi struggling to handle the presence of a huge gay gaijin in his house.

It is made clear from the start that Yaichi never quite accepted his brother’s sexuality, nor his immigration to Canada. On top of that, the theme of acceptance is hammered home by Kana, a young and infinitely positive child who sees the good in everything.

She is unburdened enough by social restraints to not understand why two men being married could be anything less than a great (and ordinary) thing.

“Kids are lucky. They don’t have to think about that stuff.”

You can see from a mile away the path this tale will take us down. With the help of his sweet and loving daughter, Yaichi will move past his own prejudices and slowly come to see Mike as a person.

Accepting him as family and eventually learning to forgive himself for being so cold toward his brother in the years leading up to his leaving Japan. And you’d be right in every detail; that is the story in essence. But only for its first half.

By its midpoint the book has opened up completely, moving far beyond existing as a vessel for the writer’s message (which I must stress is an important and impassioned one) and morphing into a family drama that asks its readers to question the state of social rules and government laws with regards to sexuality, marriage, and the influence parents have over their children.

Admittedly, the character of Mike is played with a little awkwardly. Tagame has become known for his renderings of men as bearish and bulky, and Mike is no exception.

He is depicted as a larger-than-life bearded lumberjack of a Canadian, with plaid shirt and carpeted chest to complete the stereotype nicely. It’s a tad awkward.

He also speaks perfect Japanese, which is explained away in a throwaway line about him being an otaku (though I assume he was also taught conversational Japanese by his late husband). 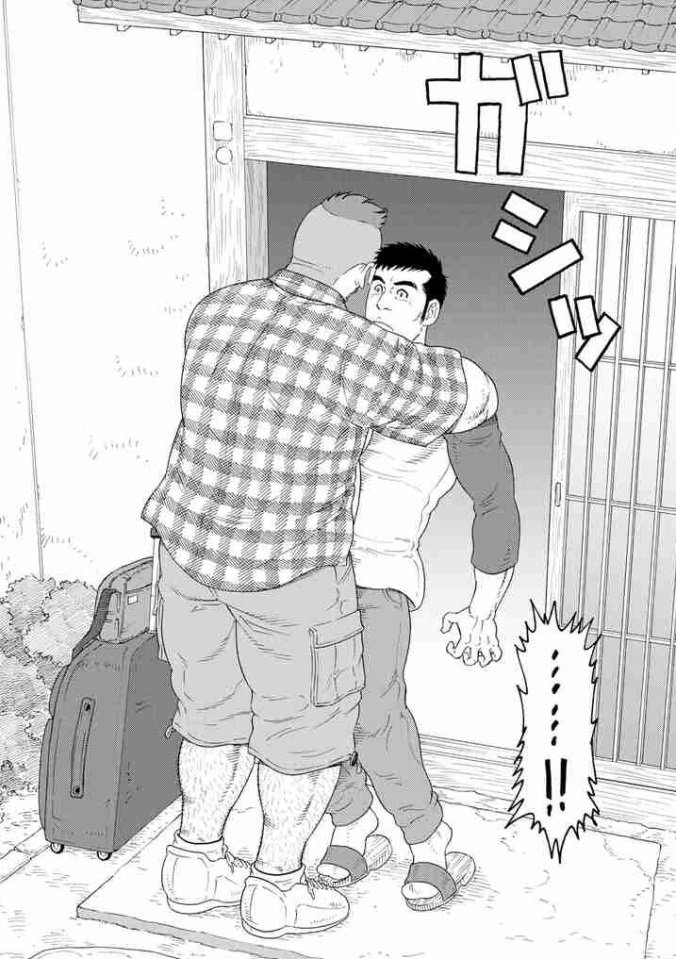 But the ham-fisting of Mike’s place in the story aside, he serves a multi-layered purpose, being the lever which removes the boulder that cages Yaichi in his box of prejudice. I suppose in this metaphor, Kana is the fulcrum, which could work, or might be best to just leave to one side.

Either way, it is clear that Tagame’s mission here is to teach a modern day Japan of its overly conservative ways, and to encourage it to shrug some of them off.

An example of said shrugging comes later in the book, though I promise it is no great spoiler to discuss it here. In a late chapter, Yaichi takes Mike to the local gym, where the two spy a pair of foreigners who have been denied entry due to one of them sporting visible tattoos.

Tattoos are a serious taboo in every corner of Japan, holding a severe association with the yakuza group of powerful organised criminals. Despite no logical connection between foreigners in Japan and the yakuza, we heavily tattooed gaijin are denied entry to many of Japan’s more alluring places, namely most of its famous onsen hotsprings. Fortunately,  it has been reported that the approach of the 2020 Olympics has urged a bit of change in this regard.

Here is a current list of tattoo friendly onsen.

Tagame’s obvious stance on this is that it is another of Japan’s archaic world views shared by all without much actual thought put into it. Though the state of this issue has shifted slightly in recent years, he has used this issue as another illustration of how he feels Japan might improve when encouraged to face certain poorly aged aspects of its social behaviour.

It’s Never Too Late to Grow

Despite this story centring around Mike’s arrival in Japan, and the death of Ryoji, Yaichi is very much our protagonist here. And his obsession with being a good single father to his daughter is constantly explored and tested in each chapter.

Refusing to fail as a parent is what motivated Yaichi to understand Mike as a gay man and as a foreigner.

Beyond this we also have the looming shadow of his brother’s untimely death, which is expressed with beautiful visual metaphor in the manga’s art.

In many of the book’s more quiet, sombre moments of introspection, Yaichi is faced with his own reflection and shadow, sometimes while bathing, or perhaps while stood alone, awash in moonlight.

With he and Ryoji being twins, his own reflection and shadow both serve as a ghost that he can never escape; Yaichi quite literally stands in his brother’s shadow. His brother haunts him every morning as he shaves, and every afternoon as walks down a quiet street with the sun at his back.

It’s a harrowing and deeply effective technique which Tagame uses to great effect, drawn in beautifully at each moment of Yaichi’s greatest vulnerability. He is constantly forced by his brother to confront the truth of their separation, and the weaknesses of his own personality and his view of the world.

My Brother’s Husband exists as an allegory for Japan’s traditionalist views of the other, specifically LGBTQ+ people.

The artist’s choice to present the concept of ‘positive and progressive change’ as a big, friendly foreigner is awkward. Especially for us from the West who should certainly never suggest that we are the vessels of change that Japan (or anywhere else) would ever want or need.

But this aside, here is a beautiful, well-crafted tale of family and love. At its core, it really is about nothing more than love in all its forms. It is unrelentingly cute, sweet, and joyous; a celebration of love both familial and romantic, and a true pleasure to read. 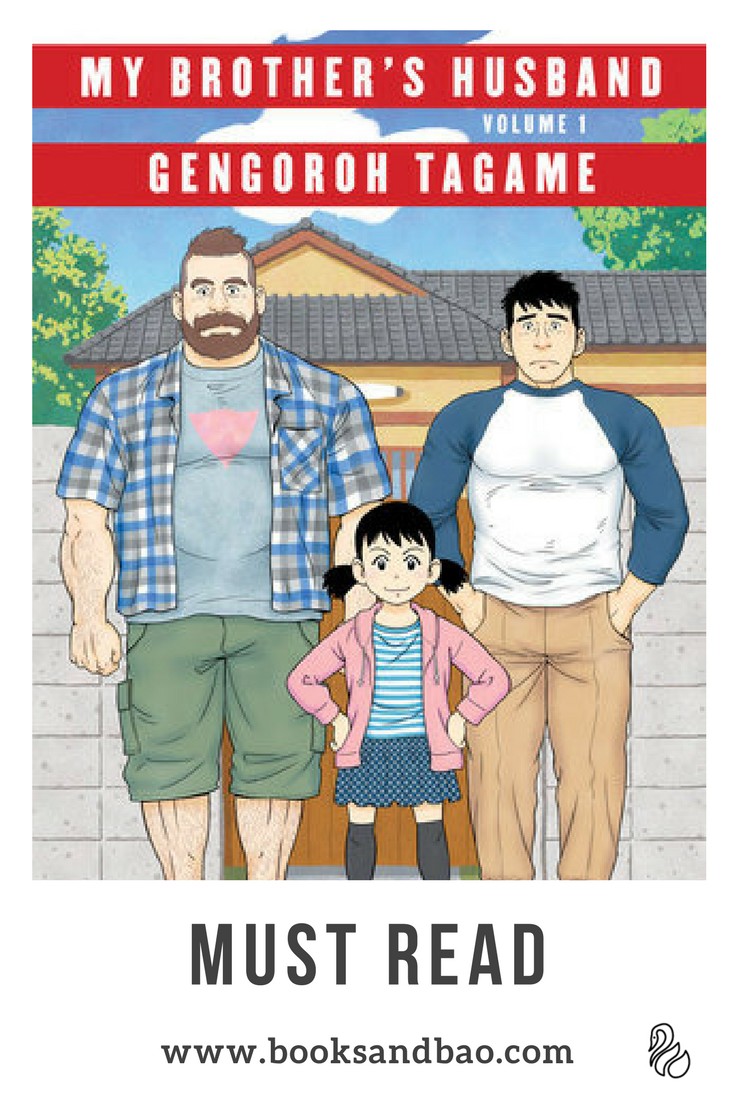 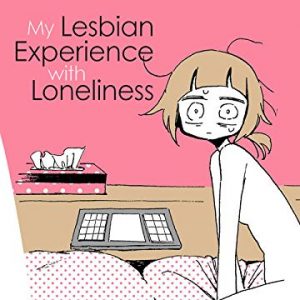 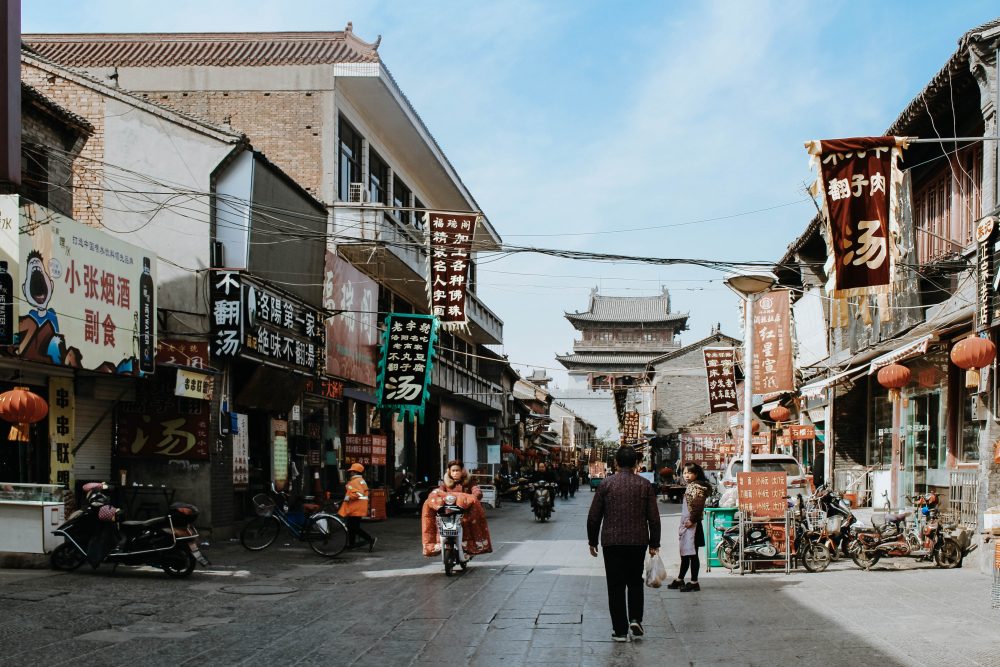 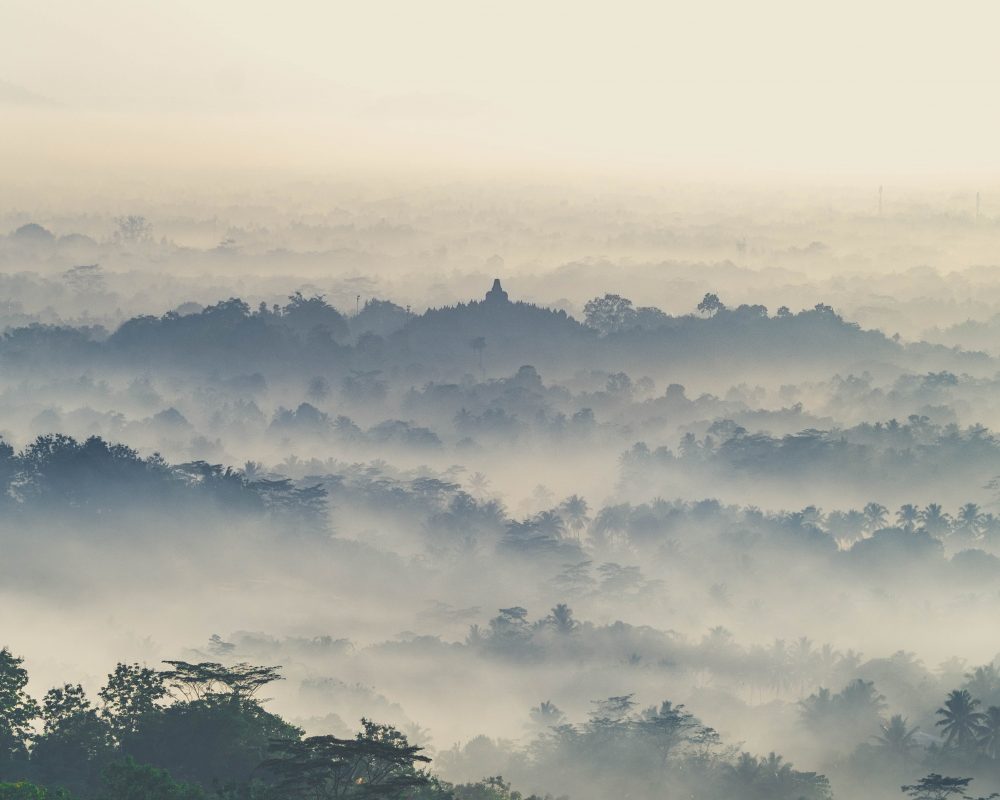 Next
Exciting Asian Fiction to Read Now
Click here to cancel reply.
As an Amazon Associate, we earn from qualifying purchases at no extra cost to you. This post may contain affiliate links that earn us a commission.