9 Books Found in Every UK Charity Bookshop (And Why)

As a Brit in today’s political climate, it can sometimes be tough to find things to be proud of. One thing I always enjoy when I visit home, however, is a lovely Oxfam Bookshop. There’s at least one charity bookshop in every town, and they can be a great place to pick up a new release that got given away quickly or to find a rare copy of an old book that was undervalued by someone or other (both of which have happened to me multiple times).

As soon as you visit more than one Oxfam charity bookshop in the UK, you notice a pattern: the same books keep popping up time and again. There’s not really any definitive way to say why this is other than to examine the cultural zeitgeist of Britain, consider what kinds of books these are, and reach some kind of a conclusion.

So, here is a list of the nine books we see popping up again and again in every Oxfam charity bookshop, and a guess at why this might be.

This 2003 novel’s popularity is staggering. It birthed a massive film franchise which began in 2006, starring the beloved Tom Hanks, and its writing is, frankly, embarrassing. But we all know that. The Telegraph (a paper I don’t often promote) did an incredibly witty piece titled Don’t make fun of renowned Dan Brown which perfectly parodied Brown’s… unique approach to narrative and structure that’s certainly worth a read. 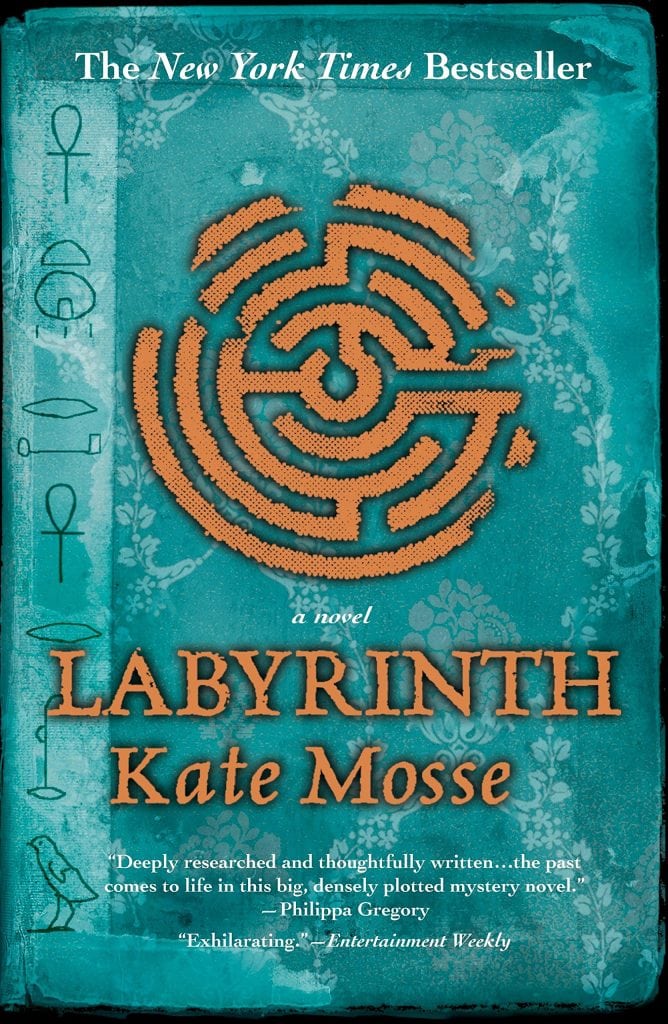 This one is a bit of a head-scratcher. I’ll confess to not having read it myself (Jess has), but I have glimpsed its cover so frequently in Oxfam to have become almost allergically afraid of it. The novel, according to Wikipedia, is an archaeological mystery. Mosse herself is a famous journalist and broadcaster (she even co-founded the Women’s Prize for Fiction – go Mosse!) 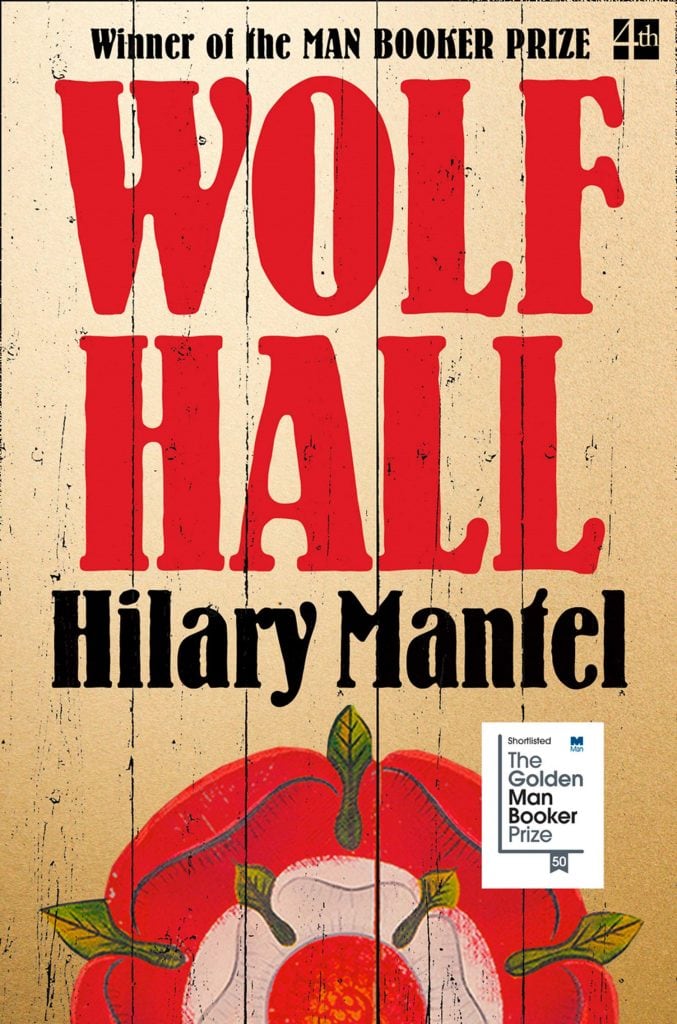 Wolf Hall won all of the awards when it came out. The biggest of which being the 2009 Man Booker Prize. It was a massive critical success – and it’s honestly just a bloody good, bloody clever page-turner. This is one I’m glad to see, honestly. A popular novel that lives up to its name and should be read far and wide. So, go into any charity bookshop, where you’ll definitely, definitely find it, and pick it up for £1.50. 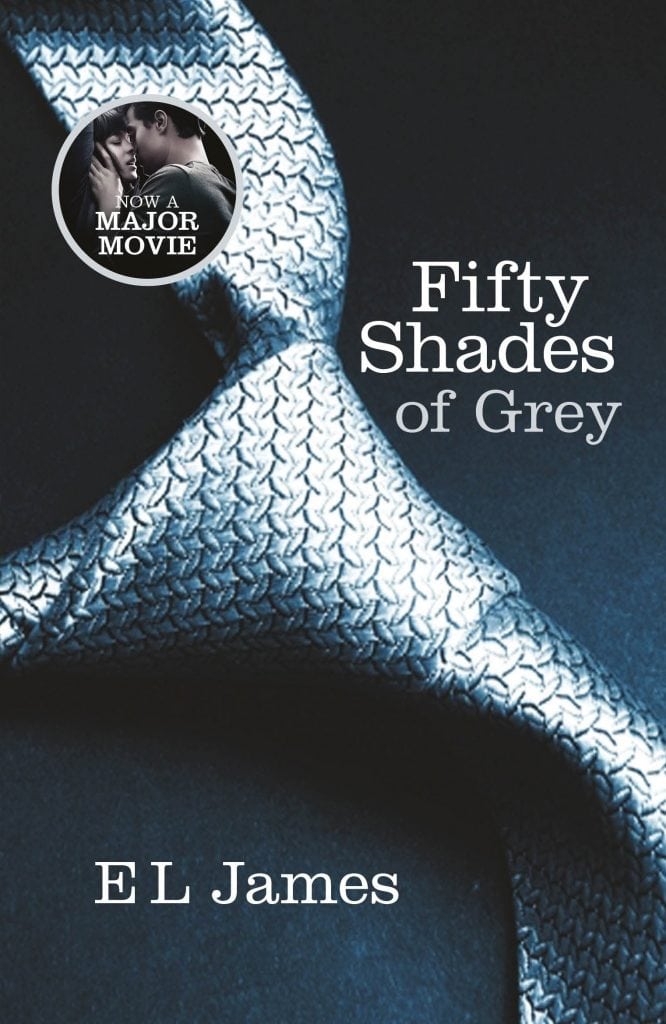 Ugh. So, there’s a lot to be said about this book. How it’s maybe not as original as it wants to be; how it’s not a good book; how it’s reinforcing a culture of either not reading at all or, when we do read, the things we read are terrible. But there’s not much to be said about its popularity. It’s a smutty romance that’s considered edgy and exciting by some, but it’s not valuable enough to keep around and re-read so it gets handed down mighty quickly. That’s about it.

A Game of Thrones by George R.R. Martin This one is all about the show. Before Game of Thrones took over every conversation that anyone – including myself – ever has on a daily basis, this book was rarely seen or discussed outside of the fantasy fandom. I confess that I myself didn’t read the books until the show started airing. So now every charity bookshop in Britain has either a copy of the first book, the first book and the second book, or an entire box set. We’re lucky to have gotten this one, honestly. It’s wonderful. So, if you see it and you haven’t read it yet, go for it. Even if you’ve seen the show.

Memoirs of a Geisha by Arthur Golden 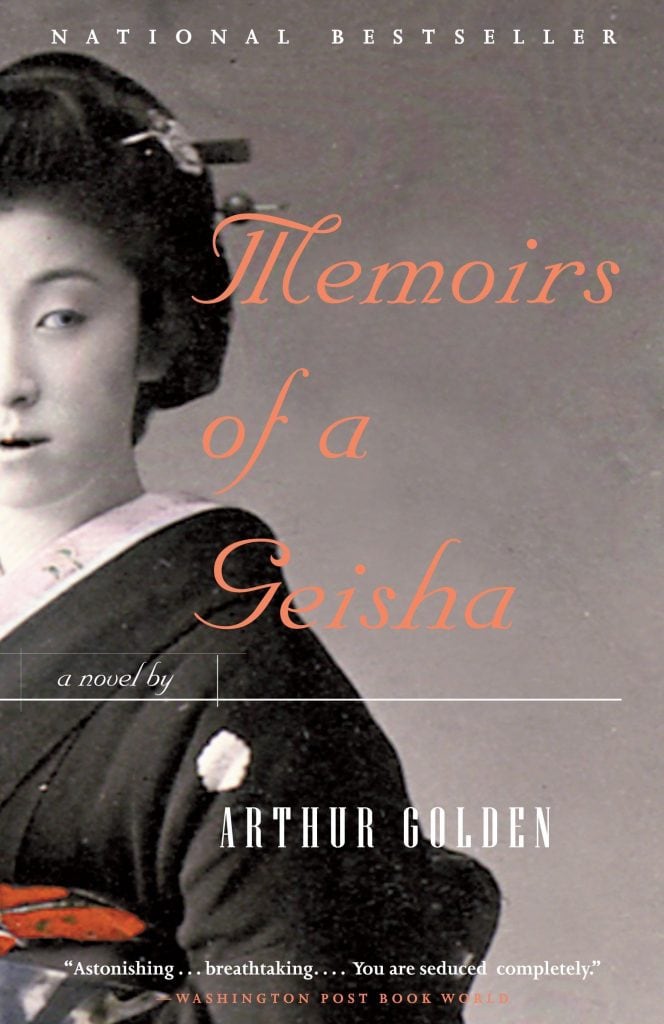 This is a bit of a curious one, but I honestly see it in every charity bookshop. The film was great, but was it really such an impactful piece of cinema that people keep going out and buying the book? It’s a puzzler. I actually haven’t read the novel (Jess read this one too, charity bookshop fiend that she is). And even after seeing it repeatedly on the shelves, being a self-professed otaku who has lived in Japan (twice), and enjoying the film an awful lot, I still have no desire to read it. Still, it might be good, so maybe you read it? Then let me know.

The Alchemist by Paulo Coelho 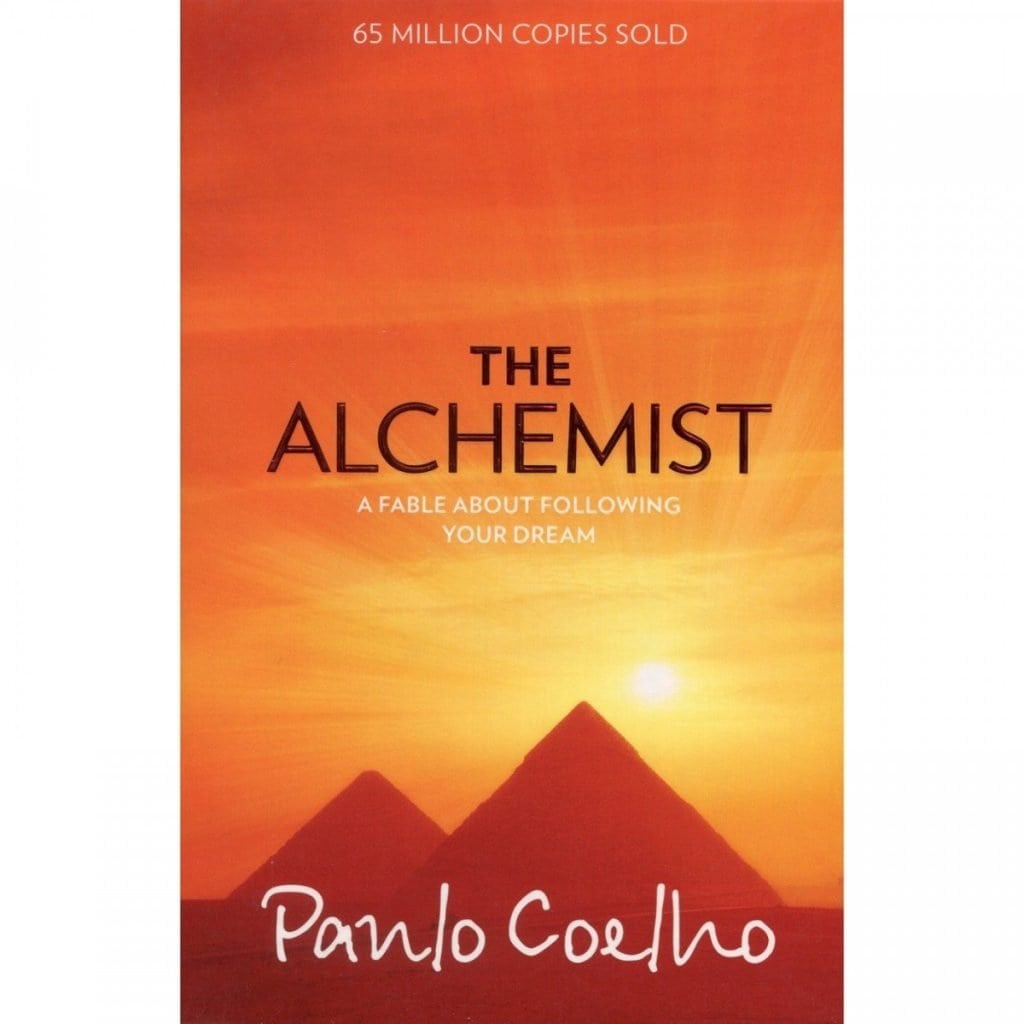 Let’s talk about this one at the end. And this one, too. 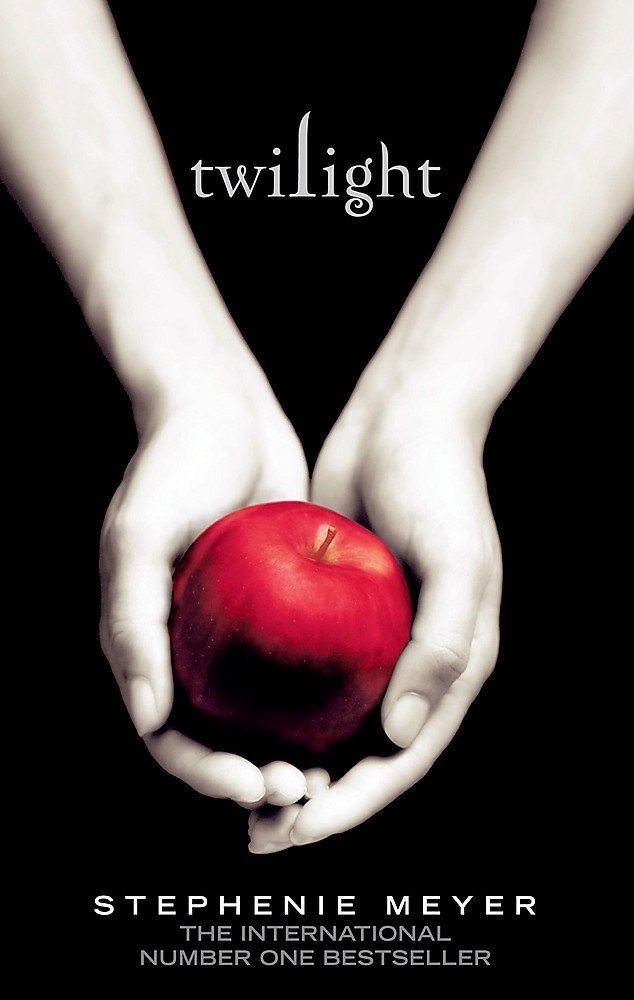 I haven’t read Twilight. I’ve seen the first film. I’m not in its demographic. I’ve grown up enough to recognise that Twilight certainly has its place in the world of literature. Yes, its message is not a healthy one, but neither is that of hyper-masculine cinema tailored to teenage boys, so whatever. Anyway, this book speaks for itself. Its presence at charity bookshops is down to it being owned and read by every teenage girl in the late 2000s, and one by one they’re being handed down as the years go on. Fair enough.

So… Why these Nine?

What all of these books that live in the Oxfam charity bookshop have in common is their popularity. Unsurprisingly, they’re all bestsellers. Many of them have been turned into box office hits or award-winning TV shows. The ones that haven’t are either too big to ignore or capture readers with a grandiose – if bland – philosophical promise.

Twilight and 50 Shades of Grey are unsurprising ones. Both have sold an ungodly number of copies and have been turned into major film franchises. Their target market is predominantly women (who statistically read more anyway). And one shamelessly ripped off the other and became equally popular. And so women follow the hype train, pick up the books, are probably disappointed, and turn them over to a thrift store.

As for The Alchemist and Atlas Shrugged, both are disgusting attempts at profound “philosophy” which either go nowhere and provide unsubstantial, hollow meaning to nothing at all (The Alchemist) or actively harm the collective psyche of the modern West with a philosophy that encourages selfish egoism and rejects collectivism (Atlas Shrugged). I doubt that every reader of Ayn Rand is a die-hard follower of her philosophy, though. More likely, her absurd popularity permeates our collective consciousness just enough for the average person to believe her to be the one “philosopher” they could unpack and understand without pursuing a new BA in philosophy (sorry if that sounds awfully patronising – it is so not my intention).

The popularity of these two “philosophy” books seems to speak to a nervousness which much of the UK – and the world at large – suffers from: the fear that books are too hard. So we overhear people at the office talking about how “The Alchemist changed my life” and they want to know how and why. It’s a failing of our education system that too many people believe books to be inaccessible. We are not injected with the confidence to take on bigger and better texts, ones that won’t be made of fluff and nonsense or, even better, won’t poison us with toxic “philosophy”.

So, there you have it. I didn’t expect a weird article on the popularity of nine particular charity bookshop books to turn into an angry rant about right-wing politics and the failure of the British education system, but many of my conversations seem to flow that way at the moment. I can’t imagine why. 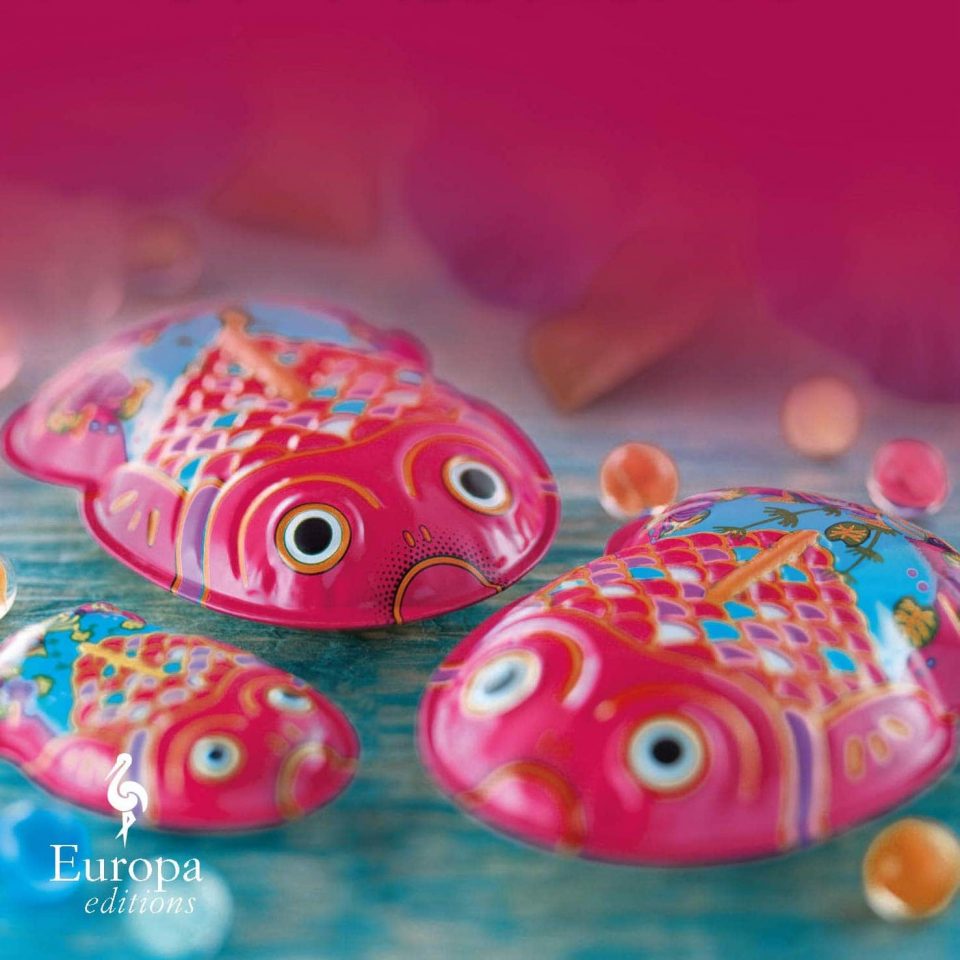 Previous
Review: The Ten Loves of Nishino by Hiromi Kawakami 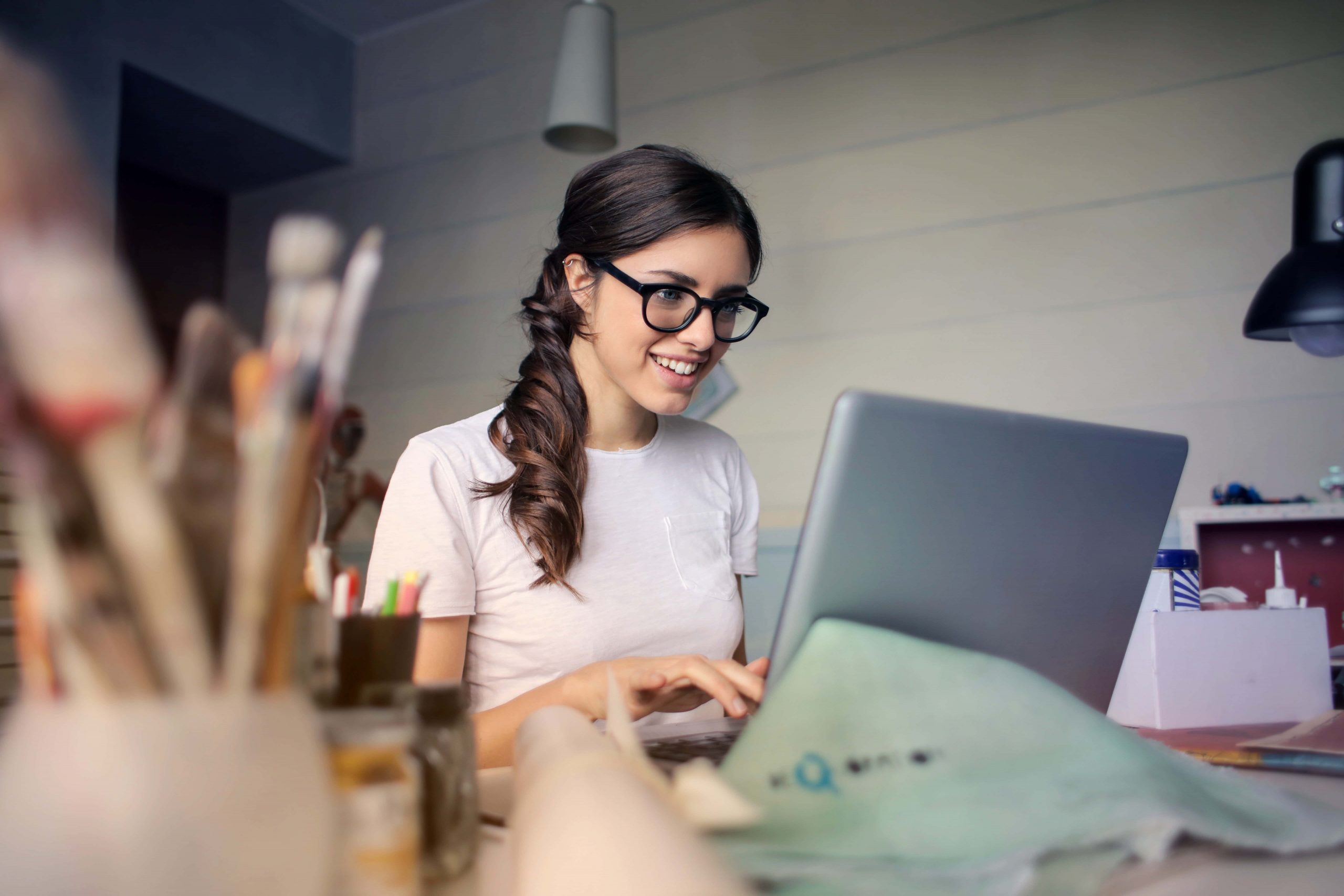 Next
Five Proactive Ways to Give Your Mental Health a Boost
Click here to cancel reply.
As an Amazon Associate, we earn from qualifying purchases at no extra cost to you. This post may contain affiliate links that earn us a commission.