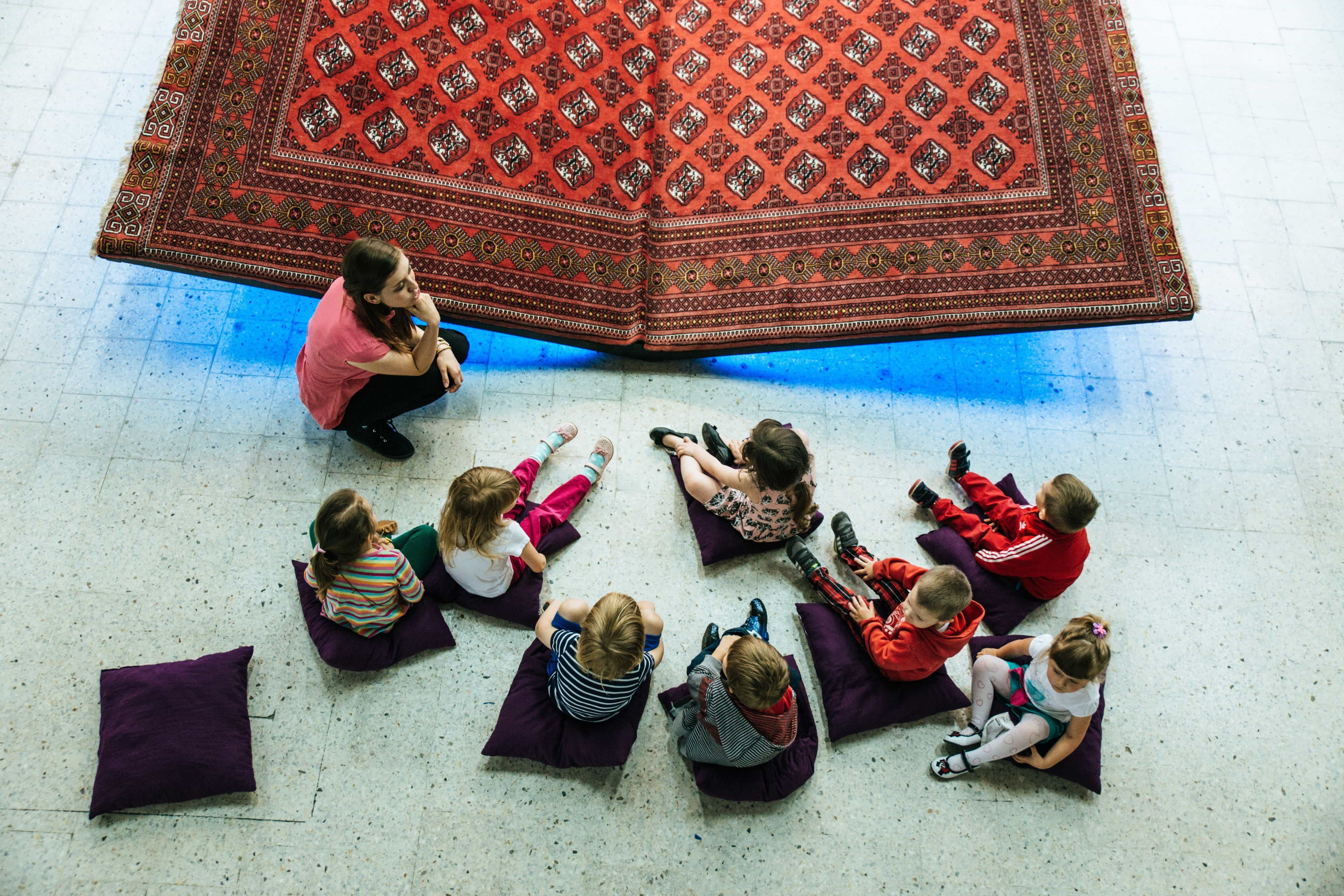 Is Teaching EFL for you?

When we enter university at the age of eighteen, most of us fall into one of a few categories: some of us know what job we want and how to get it, and study accordingly; many of us follow a passion and see where it takes us, hoping for the best; and an unfortunate amount of us take up a subject we care about and wind up in a generic office job at the age of twenty-two.

An increasing number of people are travelling after graduation, taking a year out to see the world, only to then return and take up that generic office job, only now we’re twenty-three and a little more tanned.

There’s also the option to move abroad for a longer time period – maybe a few years, maybe even permanently. The easiest and most popular method, if one wants to experience life in a non-English-speaking country, is TEFL (teaching English as a foreign language). Is this the right step for you? Probably, yes. And here’s why.

While we’ve got you – here’s our guide to teaching English in China, Korea, and Japan. A bumper article with all of the pros and cons.

Who can do it?

TEFL is achievable for anyone with a bachelor’s degree. This instantly means that your degree is not a waste, even if you worry that it might be (I personally studied theatre at university with little interest in pursuing it as a career – I simply enjoyed acting and writing). Most TEFL companies out there (and there are a lot of them – here’s our favourite) will take you with a bachelor’s degree alone. You may be offered a higher salary with a master’s, and the choosier companies might demand a TEFL certificate (which is cheap and easy to obtain). A handful of the top-tier TEFL jobs do ask for a CELTA or DELTA (a kind of master’s degree in TEFL teaching), which takes a month to obtain and is a very intensive course (and rather expensive, particularly as you can’t really work at the same time).

The original point stands, however: thousands of good TEFL jobs the world over demand nothing more from you than a bachelor’s degree.

Who should do it?

So now you know that you can do it. But why should you?

EFL teaching is very much a gateway to the world beyond your borders. It is sought after in almost every country, which means if there’s a culture that interests you, even a little bit, you can go and teach there, earn good money, live amongst the locals, and learn/explore to your heart’s content.

I mentioned good money, and this is very much true. Compared to the vast majority of jobs that freshly-graduated twenty-somethings fall into, EFL teaching is comparable, if not better-paid, and if you choose a country whose average income is lower than yours, you’ve already got a leg up. For example: I used to teach EFL in China, where the average wage is low, but my company knew that it could only attract teachers by offering a salary comparable by that offered in the US or UK, therefore I was on an average UK wage which is way above the national average where I was actually living and spending my money. It meant I could save in a way I never could before and not have to twice before buying something I wanted.

For the millennial generation, the term ‘settling down’ holds far less water. Many of us have come to see it as a confusing, even frightening term. The world is infinitely accessible to us in the twenty-first century, and as cheesy is it might sound, it is absolutely worth exploring. EFL teaching can be demanding, and some companies are really cruel when it comes to time off and vacations (check your contracts carefully folks), but even if you wind up with a stingy company, you’re still thousands of miles from home, working alongside people from other nations, and stood in front of students with unusual perspectives that you can learn from.

You’re also in a country where your skills are valuable and transferrable, and there are other jobs you can suddenly apply for that don’t exist back home. There are people I know personally who have gone out to Japan or Korea to teach EFL for a few years, and before they’ve turned thirty they are suddenly working as engineers, journalists, professors, researchers, and even actors. The degrees they thought were useless are suddenly found to be sought after in a new country. It’s a once you’re in, you’re in kind of thing. At this point, it’s worth mentioning more traditional forms of teaching. More and more graduates, especially in the UK, are turning to primary and secondary school teaching as a viable career option, but the number of teachers who quit the profession entirely within the first five years is also rising annually. I am within that statistic (and so is my partner). I left university with a drama degree, trained for a year to become a high school English teacher, fell into depression, and quit within two years to move abroad and become an EFL teacher, where I was happier, healthier, less stressed, and earning a better wage. Again, my income was only that of a first-year teacher in the UK but I was living in a country with a far, far lower cost of living.

If you want an honest opinion for a moment, EFL teaching might arguably be less fulfilling (whatever that means) than traditional teaching, but it allows you to travel and see the world, pays equally well, demands far less of you, and offers far more in terms of what you can learn, given that you’re now shoulders-deep in another culture with its own language, cuisine, history, politics, religion, and more to unravel and understand.

If you’re frightened of where Brexit or Trump’s America is heading, and you don’t want to sink with the ship, or you simply want to know how a weeb boy who grew up on Dragon Ball Z can move to Tokyo, consider TEFL. It’s pretty great. 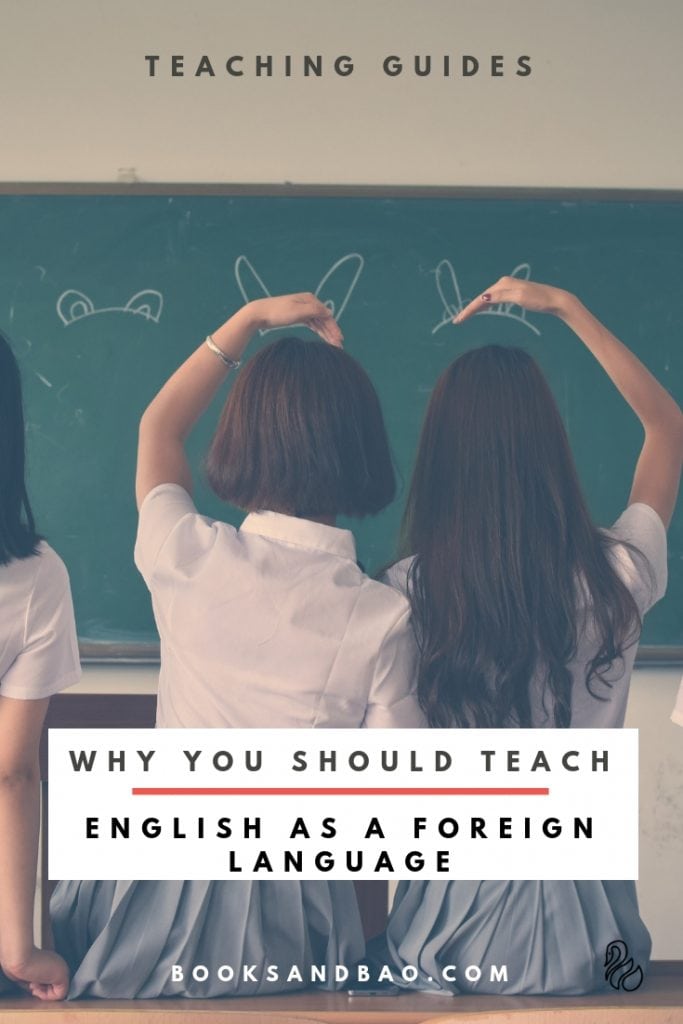 How to Work from Home Efficiently (11 Tips + Tricks)

Review: All My Goodbyes by Mariana Dimópulos