In 2018, Intan Paramaditha and Stephen J. Epstein brought a literary gift to the English-speaking world. Apple and Knife was an intensely smart, sharp, scathing, witty, and innovative collection of short stories that reframed folk and fairy tales from the world over; digging up old tales and making them relevant to the modern world, moulded by feminism. Now, in 2020, we get to see what the creative mind of Intan Paramaditha can do with a full-length novel. The answer? The Wandering: a dense piece of literary fiction in the shroud of a choose-your-own-path adventure story.

What else could we expect from the author who brought us one of 2018’s best short story collections? The Wandering is a dense novel of branching paths inspired by the Choose-Your-Own-Adventure books of old. But while those books were fantastical, and written for kids to experiment with their own imaginations, The Wandering is a story of migration, of searching the world for happiness and hoping that it will be found over the next page (or if you turn to page 42).

The narrative in The Wandering is written in the second person, with all the action directed at ‘you’, the reader. But you are no blank slate here; in fact, you’re a fairly defined protagonist. ‘You’ are a woman, aged 27, Indonesian, and living in Jakarta as an English teacher. When the Devil comes to you, you lash him to your bed and make him your lover for a few weeks until, eventually, you use him to gain access to the wide world.

The Devil provides you with a pair of red Dorothy shoes and magics you away to New York. Specifically, a cab on the way to JFK, with a ticket for Berlin. You are disorientated and, when you arrive at the airport, you realise one of your red magic shoes is missing, and you must make your first choice: continue on to Berlin, return to NYC and find your apartment, or report the missing shoe to the police. Each thread leads you to more threads, and there are fifteen possible endings to your story.

The Wandering does an obscene number of things well. It’s a strange tale that blends tongue-in-cheek magic realism with very grounded and anxiety-riddled choices and pressures. This is even reflected in the endings, some of which involve the re-emergence of the Devil or a tussle with the presence behind a magic mirror, while others peter out into a mundane but satisfying and ordinary resolution. At its core, however, it is a book about restlessness.

The choice of title for this novel, The Wandering, is pitch perfect. While it might seem at first to be a book about travel (where do I fancy flying off to now, with my new-found freedom?), it is in fact a tale of belonging. It’s a novel that asks you to question what, exactly, happiness is. It posits that happiness is not something that cannot be chased nor found. Instead, our protagonist must wander. She wanders the United States, she wanders the streets of New York, she wanders over to Europe and back again, and at no point is true happiness or satisfaction found.

The events and message of this novel hit me especially hard, as someone who has lived in multiple countries, gotten bored, travelled endlessly, and currently lives his life as a ‘digital nomad’. I am never content, often bored and restless, and yet I am constantly and stressfully tempted to settle down and grow roots. I don’t know where my home is or where it should be. I don’t know when contentedness will settle in. I can’t stop; often I don’t want to, but sometimes I do. I am also a white man from the UK with a powerful (for now) passport. Our protagonist in The Wandering, however, is not in such a privileged position. She must rely on the magic of the Devil in order to even reach New York City.

The novel’s cleverness also extends to its relationships. Almost every thread in The Wandering leads us to a new relationship: a romantic one or a platonic one. Each thread also offers us insight into our protagonist’s family and personal history. The majority of its threads keep you grounded in New York, but each of those NYC threads has its own potential romance options and friends to interact with along the way. One fork in the road even asks you to pick a romantic partner from a choice of two men, both of which are New York based. Now the ‘wandering’ has taken on a new meaning entirely.

And so, the restlessness of this book begins to sink into your very bones. It’s an anxiety-inducing experience, heavily fuelled by curiosity. The anxiety comes from reaching the end of a thread and feeling dissatisfied (both the protagonist and you, the reader). And so, you turn back and wander down another fork. This forces you to face your own memories and the choices you’ve made in your real life. You begin to merge your life with hers and wonder if you should have done X or Y differently. Then you lose your thread and no longer know which way to turn, frantically slamming the book closed and no longer able to wander any more. But you haven’t found a satisfying place to settle, either. Oh, dear.

The novel isn’t entirely consistent, however. At the end of one particular thread, for example, you decide that you’re happy enough with how your life has turned out, but you also lament not taking that flight to Berlin from JFK. Except, you did, didn’t you? That was a choice you made earlier on which brought you here, even though the Berlin thread did ultimately circle back and lead you once again to Queens.

This has you questioning: did I misremember the choices I’d made? Was this possibly an oversight or a mistake by Paramaditha in her weaving of these threads? Or, very possibly, was this intentional: encouraging you to consider how that trip to Berlin mattered so little, since it brought you back to Queens and taught you nothing. It was as though it never happened, and you no longer remember taking it at all. Not every journey matters; not every journey offers us change or growth or adventure.

The book’s driving force of curiosity is also the reader’s undoing. It is impossible not to wonder where the other path would have led, and so when one thread finished, we retreat back to the last fork in the road and follow the other path. When that ends, we retreat further back and move on from there, only to find that the new path actually leads to the same end. It’s an this point that two things happen.

The first is that it becomes clear that these loops and repetitions are intentionally placed to build anxiety in the reader: there is no happy ending, no perfect resolution. Two choices lead to the same end, one that is at worst miserable and at best survival. All roads lead here. Or there.

The other thing that happens is the onset of a different kind of anxiety: you know that there are undiscovered threads and you no longer have the strength to find them. You begin the book again, take a new path, and it takes you to the same place. So, you take a third, only for it to lead you to an early and abrupt end. So, now what? You flicked past a page that mentions Amsterdam, but not a single thread you followed ever led you to Europe, and you have no hope now of ever finding that thread. Was that the one that would have led you to the happiness you were so desperately searching for? You begin to think you’ll never know, and now you are so tired of searching.

The Wandering is a deeply affecting, intensely personal novel that uses its experimental method of storytelling to worm its way into your very bones. Even though our protagonist is a well-established character whom you happen to, at least to a point, embody and control, you still desperately feel for her. The novel wants us to know that happiness and satisfaction is not so easily found, that answers are hard to come by, and it forces us to realise that actively, rather than passively.

This is not a narrative that we ingest. Nothing is told to us. Instead, it is actively experienced through the choices we make. It builds a frantic anxiety that cannot be shaken, and by the time we eventually reach a decent enough ending – one that might lack pomp and splendour but is good enough – we have to feel content in that. The Wandering is an interactive adventure like no other, one which leaves you feeling chilled and frightened and alone. It asks you to, please, consider how you go about searching for answers and happiness. It wants the best for you, but it admits that the best is hard to find. 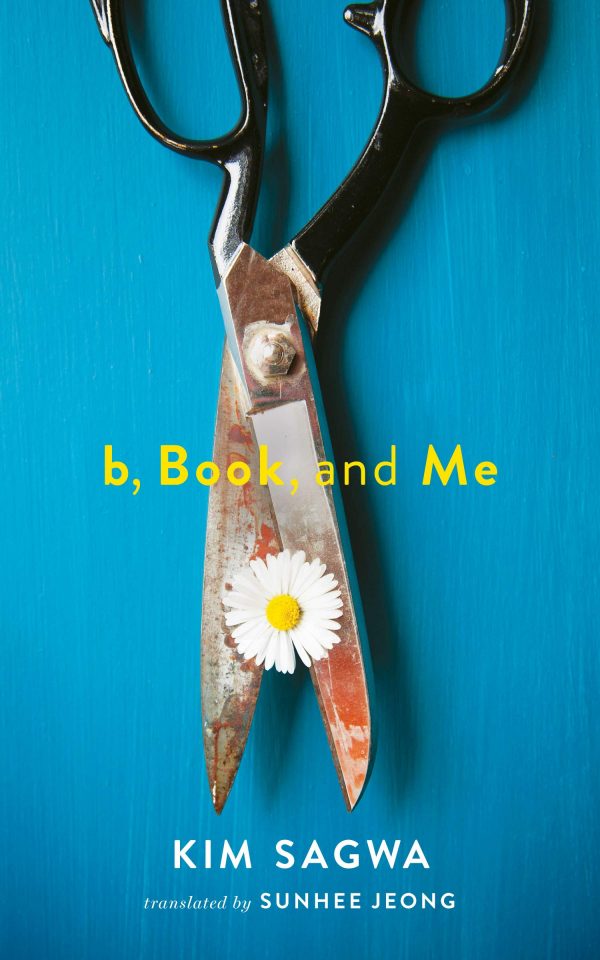 Previous
Review: b, Book, and Me by Kim Sagwa 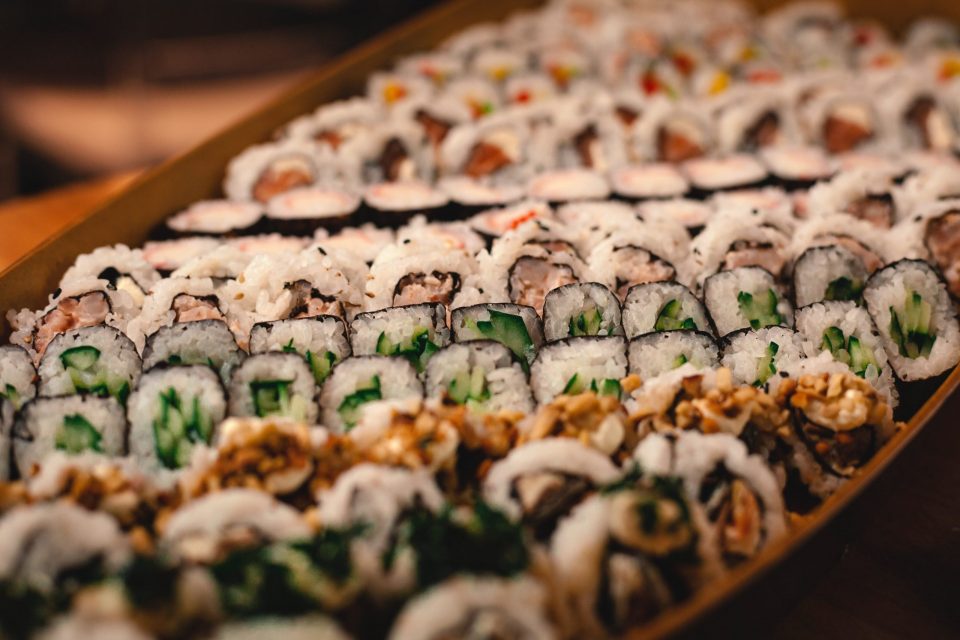 Next
10 Must-Try Popular Japanese Food & Meals
Click here to cancel reply.
As an Amazon Associate, we earn from qualifying purchases at no extra cost to you. This post may contain affiliate links that earn us a commission.