Thrillers have often held a close and vital relationship with family drama. Take the recent Rian Johnson film Knives Out, for instance, where we have an Agatha Christie-esque whodunnit set in an old family home. It’s a film which relies entirely on the cracked and broken family dynamic to carry its plot and its mystery. But in thrillers like this, the drama exists to serve the story, rather than being something worth exploring on its own merits. The Majesties flips this concept on its head, existing as an intricately woven family drama first, and a thriller second.

That being said, The Majesties certainly launches itself out of the gate with a first chapter that promises an intense thriller of a tale. Protagonist and narrator Gwendolyn has always been inseparably close to her sister Estella – they even went to the same college at the same time – but now she finds herself in a coma after Estella poisoned the shark fin soup at an enormous family gathering, murdering 300 guests. The sole survivor being Gwendolyn who, now trapped in her own comatose mind, has nothing to do but unravel the threads which led to this point. What moments in Estella’s life led her to this decision to kill 300 people, most of which were her own family?

Every single moment of The Majesties is written and narrated with absolute control. Not a beat is skipped or misjudged, which is what makes it such a finely tuned thriller. Except The Majesties isn’t entirely concerned with being a thriller. As I said, this novel is not a typical whodunnit murder mystery, with a plot that hinges on finding answers – even though that is arguably still the driving force of the plot. Instead, this is more a novel about family and what being part of one ultimately does to our psyches. Consider your own family and the scars they have left on you throughout your life, whether intentional or not.

For Gwendolyn and Estella, born into a vastly wealthy empire of a Chinese-Indonesian family, their scars run deep. While I, personally, have little love for the troubles of the rich, Tiffany Tsao made me care immensely for these two sisters; trapped as they are in a world they didn’t choose.

Gwendolyn, now in her early thirties, made the choice not long ago to leave the family alone – to separate herself and set up her own business: Bagatelle. It’s an unsettling business, to be sure. Using a serum made from cordyceps (parasites which burrow into the brains of insects) Bagatelle sells jewellery with insects encased inside, frozen by the serum. Gwendolyn begged Estella to join her in her venture, but Estella refused, choosing to stay close to the family. The strain this disagreement places on them forms a large motivation for many events of this story.

The story itself is told across an entire lifetime split in two. We are frequently thrown from period to period as our comatose narrator rushes to fit two puzzle pieces – found in two different decades – neatly together. We travel through both time and space to the beginnings of Bagatelle in Jakarta; further back to their years studying together in California; forward again to Estella’s rocky marriage.

Gwendolyn’s ability to tell Estella’s story with so much detail and clarity is enough to demonstrate their closeness; their need for one another. In fact, in many ways, this is Estella’s story. Gwendolyn is, after all, desperate to understand what led her to become a mass murderer, and to want to take Gwendolyn herself down with the family.

This flitting between continents and time periods could so easily fall apart or become disjointed at the hands of a less competent writer. But Tsao, not for a single moment, loses control of her narrator and her place in the story. While we are being rushed hither and yon, and we might feel a lack of control, we can rest easy knowing that Tsao has a firm grip on the story’s reigns. This is an expertly crafted tale which, even though it moves backwards and forwards through time, has an emotional progression that only moves in one direction as Gwendolyn, the story’s puppet, comes to understand the existence of her strings. It’s fitting, looking at it this way, that Estella refers to her sister as Doll.

Looking at The Majesties through the lens of a thriller, all of the necessary tropes and methods are in place: Chekhov’s gun is loaded; metaphors and foreshadowing are heavy-handed but never awkward; dominoes are set up and breadcrumbs laid down with delicacy and decisiveness. But all of this is easily forgotten due to Tsao’s deft sleight of hand as she encourages us to put all of that aside – to forget that this is a thriller – and instead directs us to pay attention to and care about these sisters and the scars they’ve collected.

Gwendolyn and Estella are not easy to love. Sometimes you’ll find yourself siding with one over the other, only to switch sides later. Sometimes your heart will ache for them and their lot in life – one of entrapment and family games – while at others you might think how much you would prefer their issues, their drama, over your own. But all of this guarantees us protagonists who are fallible and human.

It’s often fine, even appropriate, for a writer to chisel us a protagonist who is flawless, who serves the plot, who exists as our avatar, who is wholly lovable and good, but that’s not what The Majesties is. It’s a story plucked from life, about often ugly and sometimes beautiful people who do good and bad things, selfish and kind things, working in service of themselves or their family, whether either thing is right or wrong in the moment.

We often don’t know the ramifications of our choices as we make them, and neither do Gwendolyn and Estella. But Tsao does; she knows what she is doing; she is in control and we must let her keep that control in order to be told a thoroughly involved and absorbing tale.

The Majesties is a novel which blends the genres of literary fiction and campy whodunnit thrillers. It sets us up a mystery that requires two lifetimes of probing and prodding. It’s a body that must be pulled apart and put haphazardly put back together by someone who is nervous and afraid.

The success of The Majesties rests on the relationship between its two protagonists – on it being both believable and engaging. Not for a single moment does it fail to be either. In this novel, Tiffany Tsao proves to be a deftly quick-witted and confident storyteller, prepared to take risks with her characters, her narrative structure, and even the genre she is writing in, all in service of a perfect thrill-ride of a novel. 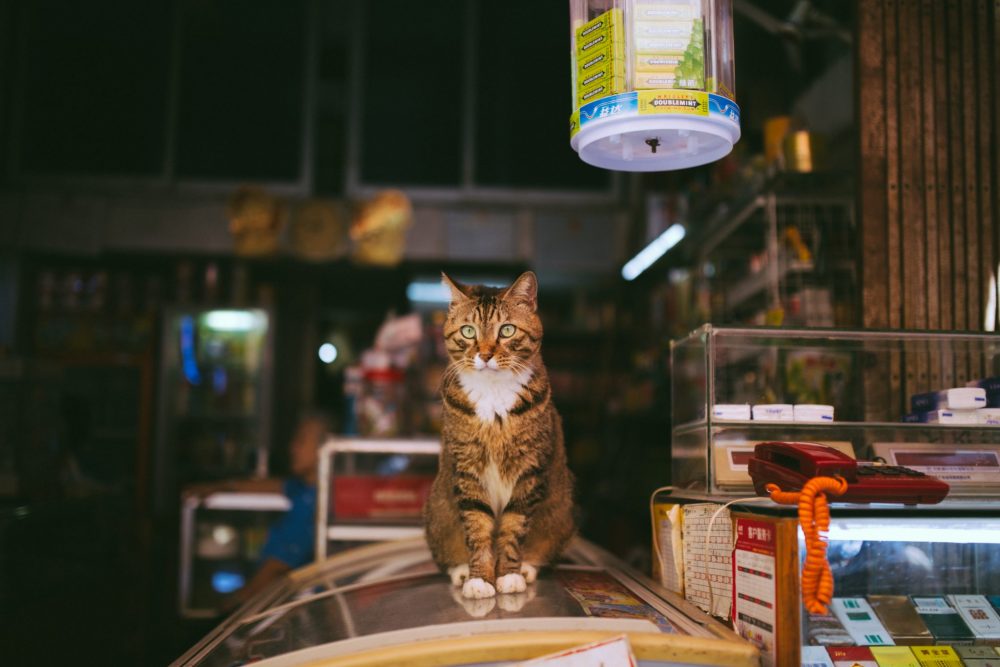 Next
Goodnight Punpun: A Masterpiece of Millennial Fiction
Click here to cancel reply.