Autumn is a season to look forward to. One of curling up by the fireside as the nights draw in, the wind chills, and the books pile up beside your comfy chair. It’s a season of ghost stories and comforting tales. There are a lot of wonderful Autumn books arriving this 2019 season, so let’s take a look at the very best translated Autumn books of 2019 to curl up with by the fireside as the leaves fall and the fires are lit.

These translated books come from across the globe and showcase the beauty of translated literature in 2019. They’re a testament to just how much incredible world literature is making its way to English-speaking shores, and what wonderful news that is. All of these books will be worthy of enjoying with a coffee on a cold autumn evening, or keeping safe in your jacket pocket as you kick at the fallen leaves on your way down the street. Enjoy!

Translated from the Swedish by Martin Aitken

“Ellen has stopped talking. She thinks she may have killed her dad. Her brother’s barricaded himself in his room. Their mother, a successful actress, carries on as normal. We’re a family of light! she insists. But darkness seeps in everywhere and in their separate worlds each of them longs for togetherness. Welcome to America is an exquisite portrait of a sensitive, strong-willed child in the throes of trauma, a family on the brink of implosion, and the love that threatens to tear them apart.” – World Editions

Read our review of Welcome to America here!

“A mighty shogunate ruling the land from Tempu Castle. An imperial line with strict female succession. Caught between these two immense powers, the sprawling city of Tempu is home to many wonders—not least a superhuman technological achievement in the form of a beautiful automaton known as Eve. When a secret that threatens to shake the imperial line intersects with the mystery of Eve’s creation, events are set in motion that soon race toward a shocking conclusion. A new astonishingly inventive science fantasy masterpiece of historic proportions.” – Haikasoru

Before the Coffee Gets Cold by Toshikazu Kawaguchi

“In a small back alley in Tokyo, there is a café which has been serving carefully brewed coffee for more than one hundred years. But this coffee shop offers its customers a unique experience: the chance to travel back in time.

In Before the Coffee Gets Cold, we meet four visitors, each of whom is hoping to make use of the café’s time-travelling offer, in order to: confront the man who left them, receive a letter from their husband whose memory has been taken by early onset Alzheimer’s, to see their sister one last time, and to meet the daughter they never got the chance to know.

But the journey into the past does not come without risks: customers must sit in a particular seat, they cannot leave the café, and finally, they must return to the present before the coffee gets cold . . .” – Picador

Read our review of Before the Coffee Gets Cold here!

A Fist or a Heart by Kristin Eiriksdottir

Translated from the Icelandic by Larissa Kyzer

“Elín Jónsdóttir lives an isolated existence in Reykjavík, Iceland, making props and prosthetics for theatrical productions and Nordic crime flicks. In her early seventies, she has recently become fascinated with another loner, Ellen Álfsdóttir, a sensitive young playwright and illegitimate daughter of a famous writer. The girl has aroused maternal feelings in Elín, but she has also stirred discomfiting memories long packed away. Because their paths have crossed before. One doesn’t remember. The other is about to forget.

Soon they’ll discover all they have in common: difficult childhoods, trauma, and being outliers who have found space to breathe in creative expression. Yet the more Elín tries to connect with the young woman and unbox painful memories, the more tenuous her grasp on reality becomes.” – Amazon Crossing

The Fool and Other Moral Tales by Anne Serre

Translated from the French by Mark Hutchinson

“Fairy-tale atmospheres and complex narratives are a hallmark of the fiction of Anne Serre, represented here by three radically heterodox novellas. The Fool “may have stepped out of a tarot pack: I came across this little figure rather late in life. Not being familiar with playing cards, still less with the tarot, I was a bit uncomfortable when I first set eyes on him. I believe in magic figures and distrust them—a figure observing you can turn the world upside down.” The Narrator concerns a sort of writer-hero: “Outcasts who can’t even tell a story are what you might call dropouts, lunatics, misfits.

With them the narrator is in his element, but has one huge advantage: he can tell a story.” Little Table, Set Yourself!—a moral tale concerning a family happily polyamorous—is the most overtly a fable of these three works, the most naughty, and the briefest, but thin as a razor is thin. A dream logic rules each of these wildly unpredictable, sensual, and surreal novellas: these may be romps, but they are nevertheless deeply moral and entirely unforgettable ones.” – New Directions

An Orphan World by Giuseppe Caputo

Translated from the Spanish by Sophie Hughes and Juana Adcock

“In a run-down neighbourhood, in an unnamed seaside city without amenities, a father and son struggle to keep their heads above water. Rather than being discouraged by their difficulties and hardship, they are spurred to come up with increasingly outlandish plans for their survival. Even when a terrible, macabre event rocks the neighbourhood’s bar district and the locals start to flee, father and son decide to stay put. What matters is staying together. This is a bold poignant text that interplays a very tender father-son relationship while exposing homosexuality and homophobia with brutal honesty. With delicate lyricism and imagery, Caputo is extremely original and creative producing a tale that harmoniously balances violence, discrimination, love, sex and defiance, demonstrating that the he is a storyteller of great skill.” – Charco Press

Read our review of Orphan World.

Read More: 10 Short Horror Stories to Read by the Fireside

Of Strangers and Bees by Hamid Ismailov

Translated from the Uzbek by Shelley Fairweather-Vega

“n the latest thrilling multi-stranded epic from the award-winning author of The Devils’ Dance, an Uzbek writer in exile traces the fate of the medieval polymath Avicenna, who shaped Islamic thought and science for centuries.

Waking from a portentous dream, Uzbek writer Sheikhov is convinced that Avicenna still lives, condemned to roam the world. Avicenna appears in various incarnations, across the ages, from Ottoman Turkey to medieval Germany and Renaissance Italy. Sheikhov plies the same route, though his troubles are distinctly modern as he endures the petty humiliations of exile.” – Tilted Axis Press

Read our review of ‘Of Strangers and Bees’.

The Factory by Hiroko Oyamada

Translated from the Japanese by David Boyd

“In an unnamed Japanese city, three seemingly normal and unrelated characters find work at a sprawling industrial factory. They each focus intently on their specific jobs: one studies moss, one shreds paper, and the other proofreads incomprehensible documents. Life in the factory has its own logic and momentum, and, eventually, the factory slowly expands and begins to take over everything, enveloping these poor workers. The very margins of reality seem to be dissolving: all forms of life capriciously evolve, strange creatures begin to appear… After a while—it could be weeks or years—the workers don’t even have the ability to ask themselves: where does the factory end and the rest of the world begin?” – New Directions

Read our review of The Factory.

“In these pages, a father walks through the scorching heat of Santiago’s streets with his two daughters in tow. Jobless and ashamed, he takes them into a stranger’s house, a place that will become the site of the greatest humiliation of his life. In an impoverished fishing town, four teenage boys try to allay their boredom during an endless summer by translating lyrics from the Smiths into Spanish using a stolen dictionary. Their dreams of fame and glory twist into a plan to steal musical instruments from a church, an obsession that prevents one of them from anticipating a devastating ending. Meanwhile a young woman goes home with a charismatic man after finding his daughter wandering lost in a public place. She soon discovers, like so many characters in this book, that fortuitous encounters can be deceptions in disguise.” – Catapult

Parade: A Folktale by Hiromi Kawakami

Translated from the Japanese by Allison Markin Powell

“On a summer afternoon, Tsukiko and her former high school teacher have prepared and eaten somen noodles together.

“Tell me a story from long ago,” Sensei says.

“I wasn’t alive long ago,” Tsukiko says, “but should I tell you a story from when I was little?”

“Please do,” Sensei replies, and so Tsukiko tells him that, when she was a child, she awakened one day to find something with a pale red face and something with a dark red face in her room, arguing with each other. They had human bodies, long noses, and wings. They were tengu, creatures that appear in Japanese folktales.

The tengu attach themselves to Tsukiko and begin to follow her everywhere. Where did they come from and why are they here? And what other invisible and unacknowledged forces are acting upon Tsukiko’s seemingly peaceful world?” – Soft Skull Press

Read our review of Parade.

The Adventures of China Iron by Gabriela Cabezón Cámara

Translated from the Spanish by Fiona Mackintosh and Iona Macintyre

“This is a riotous romp taking the reader from the turbulent frontier culture of the pampas deep into indigenous territories. It charts the adventures of Mrs China Iron, Martín Fierro’s abandoned wife, in her travels across the pampas in a covered wagon with her new-found friend, soon to become lover, a Scottish woman named Liz.

Seen from an ox-drawn wagon, the narrative moves through the Argentinian landscape, charting the flora and fauna of the Pampas, Gaucho culture, Argentinian nation-building and British colonial projects.” – Charco Press

Read our review of China Iron. 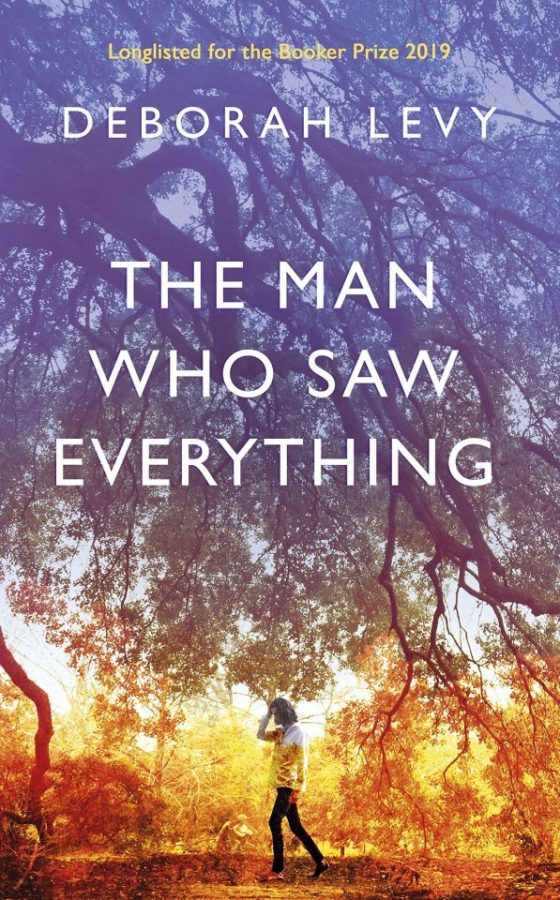 Previous
Review: The Man Who Saw Everything by Deborah Levy 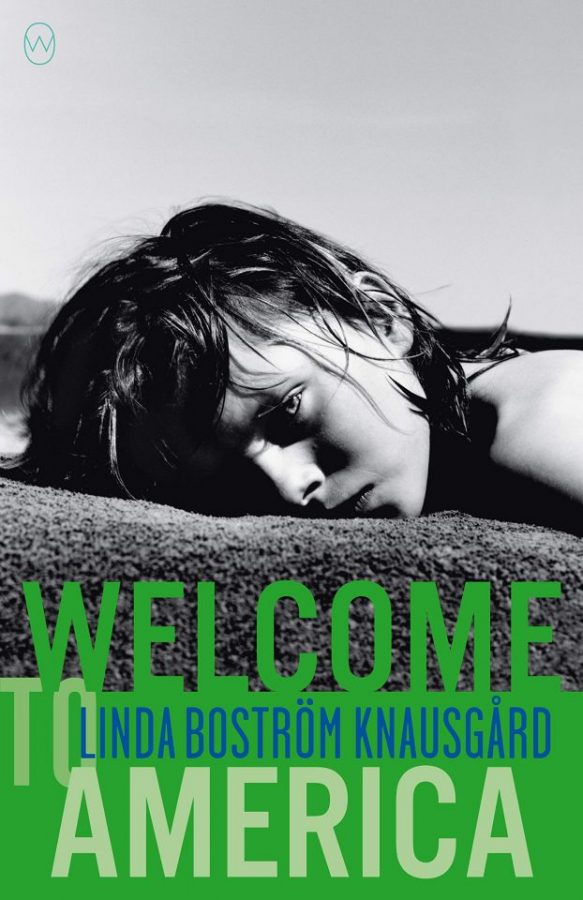 Next
Review: Welcome to America by Linda Boström Knausgård
Click here to cancel reply.
As an Amazon Associate, we earn from qualifying purchases at no extra cost to you. This post may contain affiliate links that earn us a commission.