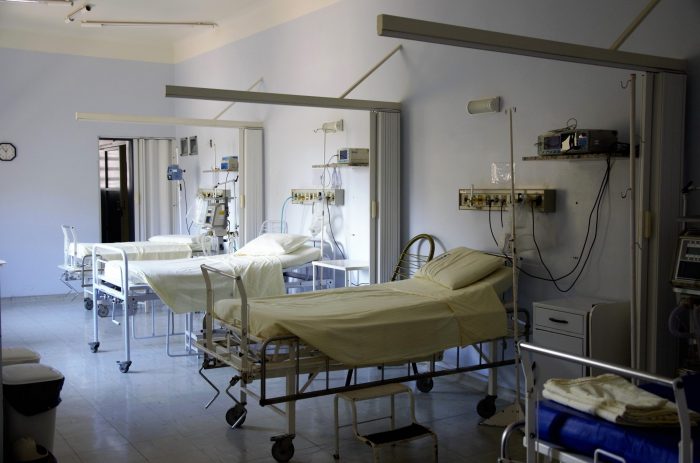 This third, more abstract and chilling form of fright, ‘terror’, is the feeling that readers of The Hole will experience more than once as they read Pyun’s novel. While there is nothing necessarily supernatural about this novel, there is certainly a consistent and foreboding sense of absolute terror.

Terror and the Kafkaesque

Korean horror films have become increasingly popular in recent years (the best of the bunch being The Wailing and A Tale of Two Sisters) and The Hole shows us that Korean literature is absolutely heading the same way.

The protagonist and narrator of The Hole is the adorably-named Oghi, whom we learn about in two forms:

In flashbacks where Oghi is presented as a successful professor and academic in a marriage falling apart. This provides the disparity between Oghi’s successes and his wife’s failures which cause an uncomfortable rift between them:

“Why don’t you hire a professional gardener and do something else with your time?” She stared at him for a moment, her face unchanging, and quietly said,
“Something else?”
“Something besides this, you know, something that will help you grow.”
“I stopped growing a long time ago. Only plants keep growing, not people. We stop after a certain age.”

And in the present day. We find Oghi after a car crash leaves him unable to move or even speak, only communicating in blinks and the odd twitch of his left hand:

“Do you know where you are?”
Oghi stared at the doctor.
“You’re in a hospital, aren’t you?”
Oghi tried to nod. A pointless effort.
“Now then, blink once for yes.”
Oghi did as he was told.

With these contrasting Oghis – the memories of him being confident, at times callous, versus the present day where he is mute and every voice has a patronising tone – create an immediately unsettling paradigm shift. The reader will find that, after each flashback ends, a kind of anti-catharsis sets in as we remember that, in the present day, Oghi is a prisoner in his own body; a narrator who cannot narrate. This is the first terror of the story.

The other terror comes in the form of Oghi’s mother-in-law, both his caretaker and sole remaining family member. After losing her daughter in the same crash that left Oghi paralysed, his mother-in-law is hardly an emotionally stable caretaker. To say more would be to risk spoiling things.

What further reinforces the dread felt by both Oghi and ourselves is the lack of reason in so much of the book’s villain’s actions. What happens to Oghi often seems cruel for cruelty’s sake. And subtly cruel as well – not outright terrible, but far more leaning on the Kafkaesque. Oghi’s inability to make his own choices, to escape his captivity and his living hell, is very much reminiscent of Kafka’s darkest, saddest characters being taken to the deepest, darkest extremes. Pyun’s adoration for, and dedication to expanding and refining the Kafkaesque would be later expanded in her next novel: A City of Ash and Red, but even here it’s plain to see.

The Hole is not wholly original in its tone or in the relationship between its two key characters, but it is absolutely successful in its execution. This masterful piece of terror extends its tension – taut as a violin string – for the entirety of the narrative. Few writers of horror are capable of sustaining such a level of discomfort, fear, and confusion beyond a few pages. Pyun manages it deftly.

Where The Hole shines, and wherein lies its true terror, is the state of Oghi’s body and his mind. So much horror and suspense writing relies on running, hiding, chasing, and being lost. But Oghi is not lost, and he cannot run. He is trapped from page one. In choosing to ignore the tropes which make horror what it has become famous for, Pyun has crafted a very new kind of terror which builds on the writing of Franz Kafka, but with none of the black humour that results in staring into the void. Instead, it replaces that with true, absolute dread which is maintained like a painfully drawn-out musical note for hours, page after page after page.