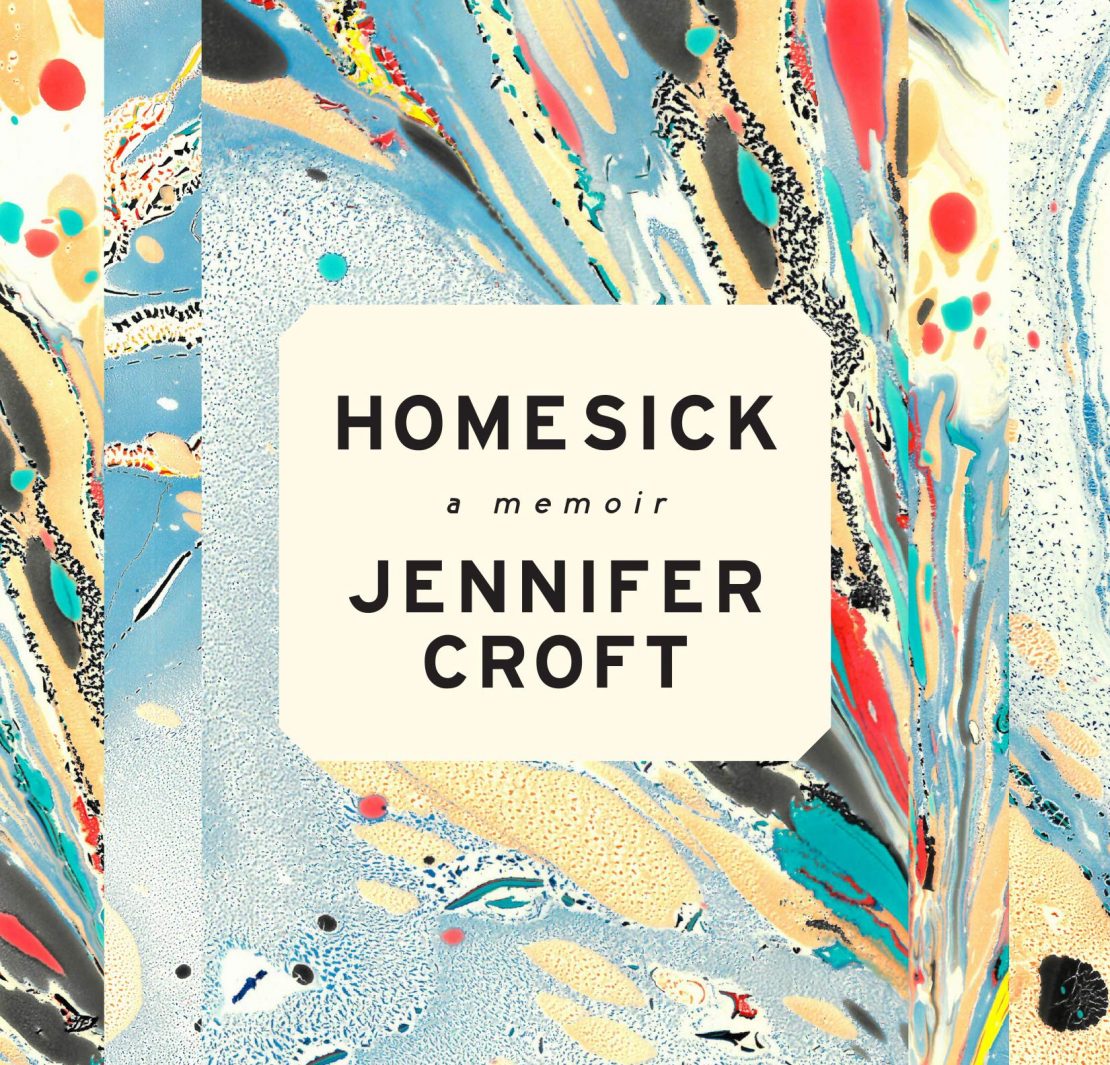 Jennifer Croft is the Booker International Prize-winning translator of Flights by Polish author Olga Tokarczuk (a truly groundbreaking translation worthy of a hundred Booker Prizes). She grew up in an academic household in Oklahoma and lived through more successes and losses before the age of eighteen than most of us do before we hit middle-age. Following her recent translations of Flights and Accommodations (by Wioletta Greg), Homesick is her memoir. Homesick also initially existed as a novel which Croft wrote in Spanish, titled Serpientes y escaleras. On the subject of the English memoir as it now exists, Croft remarked in an interview with Asymptote Journal: “I also didn’t know the book was going to be about my sister when I started it, but as I wrote, I realized that all my fears and feelings of being adrift and homesick revolved around the precarity of her life and health when we were growing up, as well as now.”

Homesick follows the childhoods of two sisters, Amy and Zoe, growing up three years apart but nigh inseparable for most of their youth. It’s in the naming of these girls that we see the first standout quality of Croft’s memoir. Amy is Jennifer, but presented to us with an altered name and a third-person narration rather than a first-person one. This is something I’ve never seen done in a memoir before, and it works to great effect in a number of ways. Most impactfully, it encourages almost equal attention to be placed on both girls, and given how vital the life and experiences of Zoe are to the moulding of Amy as a person, this is very important. The third-person narration also adds a higher dimension to the memoir, allowing us a wider field of vision and allowing the sisters room to breathe within the story. It’s a wise and honestly inspired choice of approach for a memoir.

“Zoe comes from ancient Greek, you know, for life. And Amy is from love in Latin. In our language, which is English, both love and life go back to the same root, which signified to leave.”

What blends so pleasantly with the third-person narration approach is Croft’s sporadic embedding of raw and often unclear or borderline-surreal photography into the book. Most of these photos take centre stage on a single page, often between the very brief chapters (which are usually 1-3 pages in length), and below most photos is a more intimate sentence or paragraph often written directly from Croft’s heart. They take you, jarringly, out of the experience, and offer you opinions, insights, concerns, or most delightfully titbits about etymology and how we can trace words through language and time.

Often these lessons in language are tethered to current events in the memoir, and their impact is tangibly relatable. They may extract us jarringly from our reading, but this is clearly a purposeful decision, and brought to mind moments when something traumatic, exciting, or impactful is unfolding in real time and our minds will, at that moment, flitter to an unrelated thought, or one that is vaguely related but perhaps not useful. For Croft – or Amy – that is language, translation, etymology.

While Homesick is very much a memoir of a childhood, it is also a celebration of language. Both in an intimate way, as Amy takes a scientific and poetic fascination with Russian, and a broader way, as the memoir meditates on our ability to communicate our feelings and experiences. It’s a borderline meta-analysis on language as the memoir itself is always using select words to tell us her story. And rather than tell it as accurately as possible, Croft has manipulated vocabulary, grammar, structure, and punctuation to recount her childhood exactly as she has wished to – as we all do with any story we tell, true or not.

“When we were kids I used to wish we could be octopuses, so we would not need words. And we wouldn’t even think about disasters, since we would just be textures, and copper, and water, and light.”

What drives the story of Croft’s memoir is both the relationship between Amy and Zoe, and the particularly tragic and unexpected beats of their lives. Zoe, for example, begins to suffer seizures which frighten Amy and complicate their home life in very relatable and moving ways. Amy’s fascination with Russian comes with the introduction of her (and Zoe’s) first crush: a young Ukrainian man named Sasha, former student of their father. Amy’s relationship with Sasha grows and twists in a complex fashion until tragedy strikes. But time barrels on, as it does, and Amy eventually is given the chance to enrol at university at the tender age of 15 – touted by many, including the local paper, as a wunderkind.

Homesick is very much concerned with firsts, and the impact they have on our lives. It’s easy to see from afar how first traumas, first losses, first challenges, first loves, each redirect our lives like bends in the road. What seems like a story that is predictable and laid out can be sharply bent and become twisted by sudden and unexpected firsts. Homesick taught me how life cannot be mapped out nor prepared for, but rather is something that hits us hard and suddenly; something we often find ourselves recovering from.

“And there is no single word in any other language that means the same thing as the Welsh word hiraeth, which I’m told is a refusal to surrender what has already been lost (akin, but not identical, to homesickness).”

With Homesick, Jennifer Croft has crafted a very different kind of memoir. In choosing to write in the third person and intersperse her memoir unrhythmically with snapshots of unclear moments, as well as musings on love and language, she has created a memoir that is at once different from any other yet far more intimate. It is not only a telling of a life but rather an invitation to live through a recreation of that life as it was felt – with flashes of colour and light; moments of calm introspection; forceful jabs of sudden tragedy. Beyond simply being a life laid out through the typical use language, it is a temple to language built with love and a life lived.