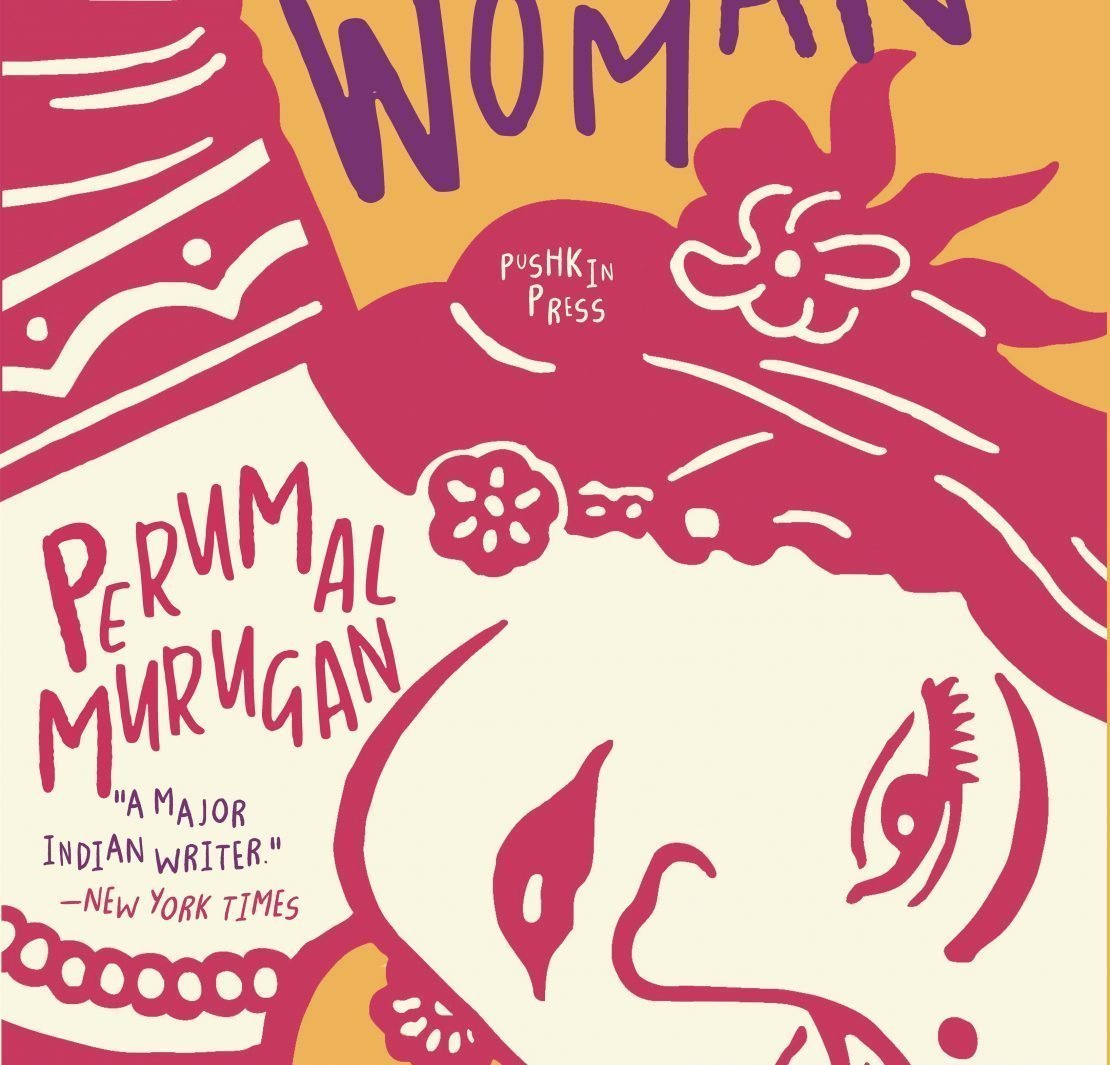 One Part Woman is an intense and gripping examination of the power of ritual, tradition, and ceremony. Examination, you might say, or perhaps condemnation. Perumal Murugan’s most celebrated novel considers the dangerous and illusory sway that invented superstitions and traditions can have over a community or an individual. And the madness it might bring. It’s a novel so penetrating and forceful that putting it down or looking away comes to feel like a daring and unsafe decision.

When I began reading One Part Woman I was immediately reminded of the tragic Spanish play Yerma by Federico Garcia Lorca. One Part Woman, like Yerma concerns a young woman who is unable to conceive a child. The two tales differ in setting, character, and even theme, but both hone in masterfully and penetratingly on the sinister nature of small community, how whispers and gossip can turn something innocent into something evil, or turn a small issue into something beastly. While Yerma’s protagonist is a lonely married woman whose obsession with her own barren womb drives her to disturbing acts, One Part Woman gives us two protagonists, similarly hopeful, similarly distressed, similarly worn down by the world around them.

“A shadow fell over her face. She must have been thinking about how the tree had grown so lush and abundant … while not even a worm had crawled in her womb.”

The story of One Part Woman concerns a married couple in a rural Indian village. They are happy together – so happy in fact that the wife, Ponna, remarks often on how wonderful her husband is, and what she wouldn’t do for him. The black mark on their life being that they cannot conceive a child together. And what, for them, is a tragic disappointment becomes something wholly blown up within their two families and their community. Whispers and gossip spread like wildfire, and it in fact goes beyond pressure and guilt for them as they gently become pawns in their families’ games of conception. By the book’s halfway point, no longer is it their choice how they conceive, but rather something that their brothers and parents must play at, as though Ponna and her husband Kali are their chess pieces, and the upcoming Chariot Festival their game board.

The Chariot Festival is a deep traditional celebration of local gods, and one particular ritual tradition is the sexual sharing of men. As men are seen, at this time, as gods who might be had by any women, married or otherwise. Before the arrival of the festival, the two families have discussed Kali taking a second wife who may be able to conceive where Ponna failed. Their families are both in favour of this for the sake of a child being born, regardless of what it might do to Ponna and Kali’s marriage and mental wellbeing. Ponna even gives in to the idea, though Kali remains appalled by it and faithful to his wife. And so comes around the Chariot Festival, and an opportunity for the families to convince Ponna to find a man who may succeed where Kali has failed.

“Isn’t it a great blessing if our child comes from god?

“When you and I went, were we gods? All we wanted was to find some decent-looking women to fuck, didn’t we?

“It does not matter … if the women get children because of us, we become gods for them.”

What we as a foreign audience learn about the traditions and festivals of this community is engaging and exciting. The story of Maadhorubaagan, the half-male, half-female god who is celebrated at the Chariot Festival, is thrilling. And there is so much to inject your imagination with as you learn more about these gods, temples, and traditions, but the truth about these stories and traditions – what they do to innocent and vulnerable people at the hands of meddling friends and neighbours – is terrifying; chilling.

Where One Part Woman truly delivers as a gripping piece of Indian literature is in its presentation of damaged and vulnerable people being driven to further damage by tradition and those heartless and tempted enough to use it as a weapon on their loved ones. There’s such an uneasy, sinister nature to innocent people like Ponna’s brother, who hopes to convince his hear brother-in-law that desperate measures are necessary for the ultimate goal of having a child. The book reaffirms these characters’ behaviours through frequent flashbacks from Kali and Ponna’s perspectives – flashbacks to their wedding, their childhoods, or even just the year before, when the weight of desperation and the obsession with conception was not there.

“When Nallayyan cropped off his head-knot … it created such a ruckus. They held a community meeting and condemned him. They argued that … it wouldn’t rain anymore in the village.”

One Part Woman does lose its way in this as well, however, as these flashbacks and moments of consideration create jarring stutters in the pacing and eerie tone of the plot. And the lack of a singular protagonist to focus on can also create a kind of floaty narrative. We follow the thoughts and feelings of both Kali and Ponna, and sometimes it can be unclear to whom we are attaching ourselves at any given moment. The intention of this disconnected narrative is clearly to give a greater overview of the playing field, but it does cause us to feel at arm’s length from characters we should feel so intensely sympathetic towards and concerned about.

Our lives are our business, and that of whomever we choose to share them with. At least, that’s how it should be. But curiosity, and the urge to gossip and interfere, while seemingly minor and harmless, has the potential to destroy. What’s so successful about One Part Woman’s exploration of this is how it subtly twists its supporting cast from people ignorant to their own actions into people who know what they are doing and couldn’t care less. Ritual and tradition are at once exciting fascinations and terrifying, dangerous creatures in the world of this novel – something to admire and fear.

If you like the sound of this book, you’ll also enjoy The Wind That Lays Waste by Selva Almada